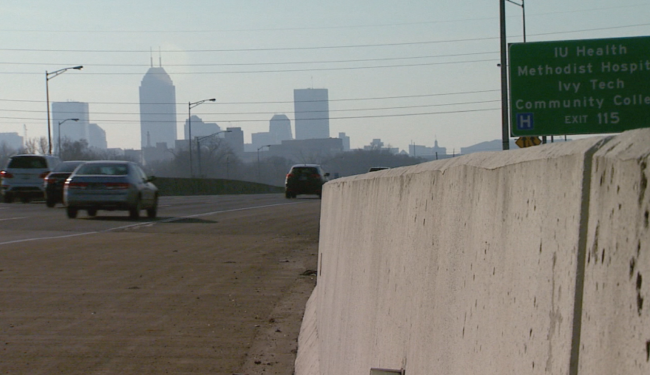 INDIANAPOLIS (WISH) – As Indiana Republicans look to tax increases to fix roads, Democrats are determined to fight it with other alternatives.

There’s little debate from lawmakers that Indiana’s roads need to be fixed. INDOT said it needs a billion dollars a year to do so. The issue is how to pay for those repairs.

“We have a plan that is responsible, works within existing resources,” State Rep. Dan Forestal said. “Stops this tax shift, and really stops the largest tax increase that has ever been proposed in the history of Indiana.”

“They’ve been more interested in doing press releases than they have with sitting down,” State Rep. Ed Soliday said. “I mean, we’re more than happy to sit down with them, and talk about things that’ll work.”

On Monday, Democrats presented a four-year plan that would annually generate more than $800 million.

It would do so by cutting waste, using the entire gas sales tax on roads, creating local road loans, and freezing wealthy tax breaks.

Republicans are pushing a 20-year plan. It would increase the gas tax by ten cents, add a $15 annual vehicle fee, and $150 annual electric vehicle fee. In all, most Hoosiers would spend about $60 more a year in gas and fees.

While there are differences, Republicans do like the immediate gas sales tax change. “There’s some pieces in it,” State Rep. Soliday. “There’s things that we’re willing to talk about, and ready to do, but I don’t see a billion dollars a year for 20 years in this plan.”

With three months before the session ends, House Democrats hope more of this proposal sticks. “We do have some history that if we have a good point, it tends to find its way into their plan,” State Rep. Pelath said. “If they want to take credit for these things. God love them.”

The House Roads and Transportation committee approved the house Republican plan more than a week ago. The House Ways and Means committee will hear it Wednesday.