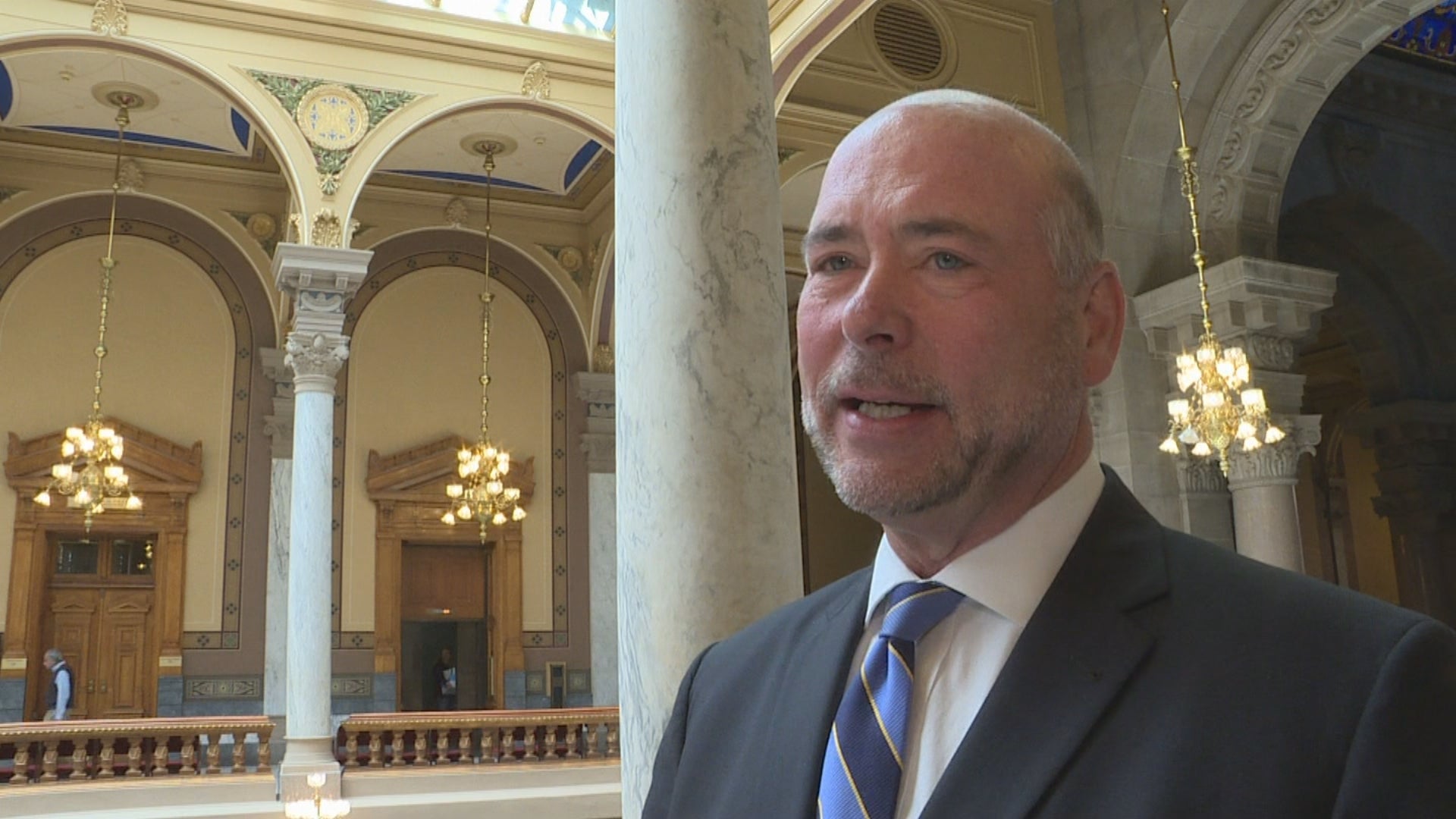 INDIANAPOLIS (WISH) — Allegations of intimidation have been lodged against one of Indiana’s most powerful lawmakers.

“We believe that Speaker Bosma’s actions appear to be tactics used to intimidate. That women must fear coercion and strong-arming by powerful elected officials to discredit and deter them from coming forward is sickening. If the allegations of intimidation are true, they are deeply troubling. What’s clear is there are more questions than answers here. In the past, Governor Holcomb has rightfully supported a ‘thorough’ investigation into similar matters. The governor must step up and lead by calling for an exhaustive, impartial investigation into this serious allegation of intimidation.”

The Republican governor said Thursday morning, “It wouldn’t be fair for me to comment on the specifics of any a story with no benefit of a report, an actual report to review.”

The Indianapolis Star reported Bosma paid a law firm more than $40,000 in campaign money this year to try to gather unflattering information about a former Democratic intern. According to the newspaper, the woman’s family claims they felt intimidated after Bosma’s attorney threatened to reveal the unflattering details if she ever went public about an alleged sexual encounter between the two adults in 1992.

But Holcomb said that’s not enough to go on.

“An actual report pursued by either of the parties that were involved. Not just a story based on discussions from years ago,” Holcomb said, adding that’s what is different about this case and the allegations of inappropriate touching against Indiana Attorney General Curtis Hill.

Holcomb said, “I had a report in my hands that I reviewed. Not a story.”

Now, Zody wants Holcomb to request an impartial investigation into Bosma. For now, without an official report, the governor said “no.”

“This is not in my court or authority,” Holcomb said. “There’s a process to pursue this.”

“The I.G. doesn’t have any authority over the legislature,” the governor said.

On Holcomb’s decision of “no” for now, Zody said in a statement Thursday:

“Are political considerations clouding Governor Holcomb’s judgment? He could have easily recommended the House Ethics Committee launch an investigation. Some situations demand leaders rise above the political fray to do the right thing. Faced with such a choice, it appears Governor Holcomb stepped back. To Governor Holcomb, just one question: what should be done?”

Bosma denied the allegations in a statement:

“This unsubstantiated story from over 26 years ago is unequivocally false. It wasn’t true then and it’s not true now. The source of this claim has been entirely discredited on several occasions and no responsible journalist would publish it. My engagement of Linda Pence, a well-respected attorney and Democrat, was for the purpose of protecting my reputation from a false story by the Indianapolis Star.”

In a statement Thursday, a representative with the Star said, “We stand by our story. We welcome and encourage Speaker Bosma to sit down with us and discuss this on the record.”

We spoke with Bosma’s attorney, Linda Pence, on Thursday morning. She had not issued any statement by Thursday afternoon.

Also, more than 60 House Republican members and candidates jointly announced they continue to support Bosma in a letter:

“We stand with Speaker Brian Bosma against this attempt by the Indianapolis Star to discredit him, a conservative leader, with uncorroborated allegations. Having worked alongside the Speaker, some of us for decades, we know him to be a man of integrity, and we believe him. Speaker Bosma has been a great leader making Indiana the best place in the country to live, work and raise a family. We stand by him 100 percent as he continues to lead our state forward.”