Indiana imposes ban on moving poultry, other birds to events 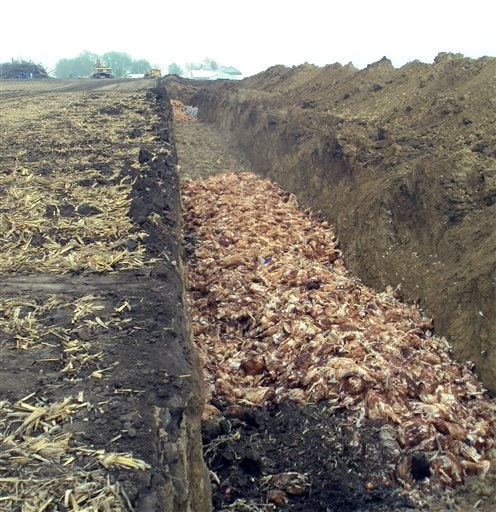 INDIANAPOLIS (AP) – Indiana imposed a statewide ban Wednesday on moving poultry and other birds to events such as county fairs in hopes of preventing the spread of a bird flu strain that’s killed tens of millions of chickens, turkeys and other birds across the nation.

The State Board of Animal Health said the ban includes county fairs, 4-H events, exhibitions and all events where live birds are commingled. The restriction extends to public bird sales at flea markets, swap meets and sale barns, but not does apply to private sales of birds between individuals.

The ban will likely remain in place through the rest of 2015, affecting 4-H events at the Indiana State Fair and county fairs where thousands of children show off birds they’ve raised during judging competitions.

State Veterinarian Bret Marsh said the goal of the state’s ban is to protect Indiana’s commercial poultry industry and backyard flocks of chickens and other birds from the H5 avian influenza virus.

“This was not a decision made lightly. The spread of the H5 viruses has been unprecedented,” he said in a statement.

Although nearly 45 million birds have died, been euthanized or will be culled because of the outbreak, none of Indiana’s commercial chicken, turkey or ducks farms has been affected by the virus. Indiana’s only confirmed case was in early May in a single backyard flock of mixed poultry in northern Indiana, Board of Animal Health spokeswoman Denise Derrer said.

Indiana ranks first in the nation in duck production and is among the top five states in egg and turkey production, said Paul Brennan, executive vice president of the Indiana State Poultry Association. The ban provides “added protections” for the state’s poultry industry from the flu that’s decimated flocks in other states, Brennan said.

“The focus is to contain this disease and limit it as much as possible,” he said.

Indiana youngsters who raise sheep, goats, beef cattle and other mammals won’t be affected by the ban. But those raising any type of bird – from chickens to pigeons – will face the disappointment of not being able to show off the birds they’ve lovingly raised, said Aaron Fisher, the youth development animal science specialist at the Purdue Extension’s 4-H office.

“There will certainly be people who are disappointed that they won’t be able to show, but I think most will realize why this decision was made and that it’s really necessary in order to keep all poultry safe and healthy,” he said.

The Purdue Extension said Indiana’s ban brings to at least 11 the number of states – from Maryland to South Dakota – which have taken similar steps to curtail the spread of the disease. The USDA did not have an immediate tally of states with such bans.

Officials have said the virus does not present a food safety threat, and the Centers of Disease Control and Prevention has said the virus poses little risk to human health.

If you notice an illness in your birds, you can call the Healthy Birds Hotline at 866-536-7593 to speak with a state or federal veterinarian.