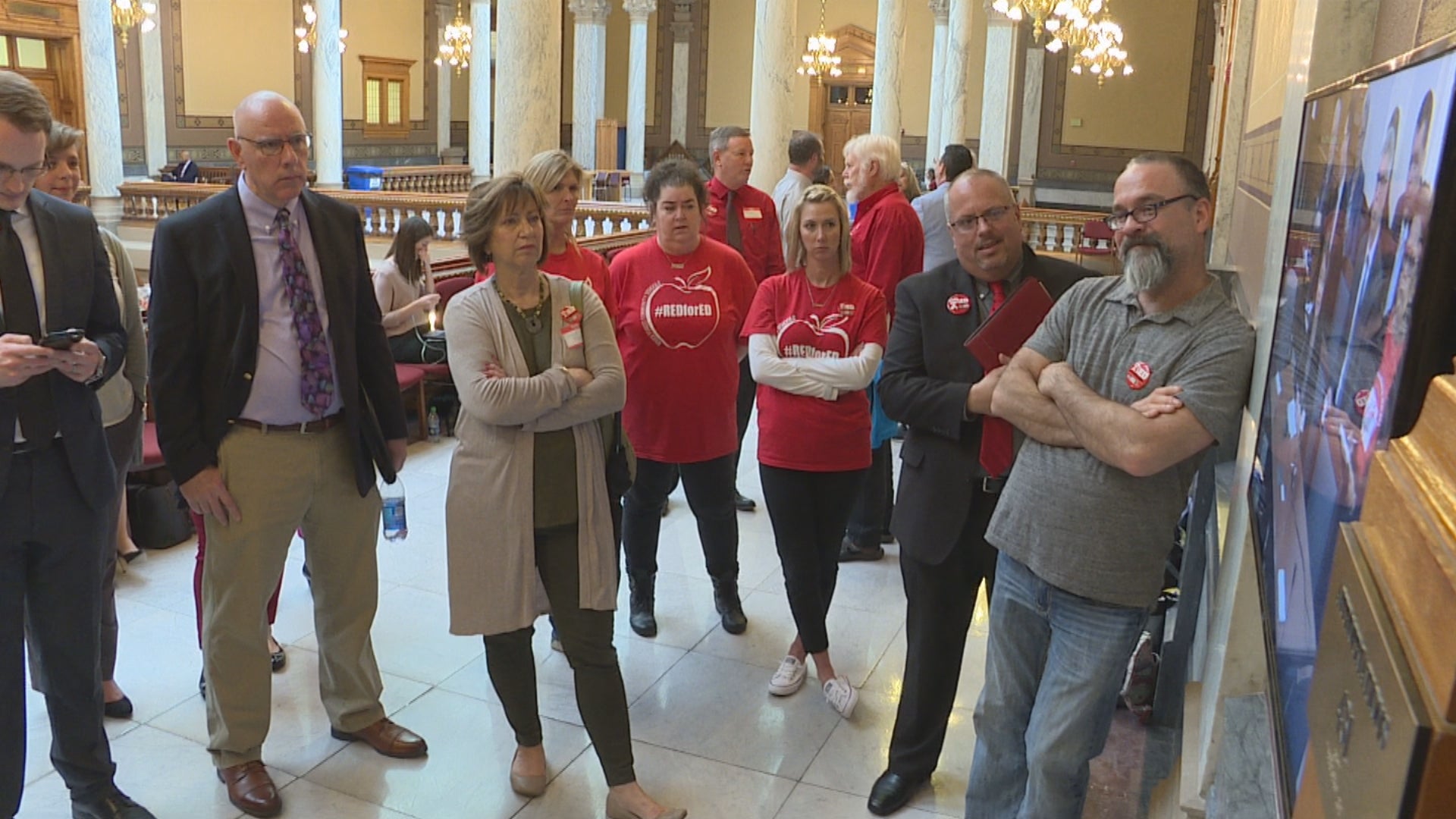 INDIANAPOLIS (WISH) — More than $600 million of the funds in the proposed state budget is earmarked specifically for primary and secondary school funding.

The House passed its budget proposal, which will now make its way through the Senate.

On Thursday, more than 50 people signed up to testify in front of the Senate’s school funding subcommittee about what they think that money should fund: student counseling services, virtual schools and English as a second language were among the programs mentioned.

But teacher pay came up over and over again.

“I have seven years of teaching experience under contract,” said teacher Leslie Boyd, a teacher with East Gibson Schools. “I have 20 years work experience in and around education, a master’s degree, and I make $37,000 a year.”

That’s the reality Boyd lives with every day as a teacher with East Gibson Schools, near Evansville.

The proposal calls for using $150 million in cash reserves to pay off the difference between what retired teachers are owed and what the state has in the bank for teacher pensions. Republicans say that change will free up $70 million in “savings” for schools.

“That is actual money on the table,” Dennis L. Costerison, Executive Director of the Association of School Business Officials said Thursday. “We do appreciate that concept and do support that.”

Republican leaders said they “encourage” schools to use that money solely to increase teacher pay.

“We need more funding,” Jennifer Smith-Margraf, a teacher with Jefferson High School explained Thursday. “So that we can negotiate increased teacher pay to recruit and retain high quality staff. Until we continue to do so, we will continue to see a teacher shortage that is detrimental to the economic future of our state.”

“Our young teachers cannot afford to buy a home, start a family, pay off student debt or begin to plan for retirement without taking a second or third job,” said Randy Studt, who teaches German at West Lafayette High School. “The current school funding program, based on money following the child, does not solve these problems.”

“In some of those districts, programs are going to have to be cut; there may have to be layoffs,” Teresa Meredith, president of the Indiana State Teachers Association said Thursday. “So the conversation is a much more difficult one, even than the difficult ones happening already around teacher compensation.”

Meredith also pointed to a report on the association’s website.

Lawmakers asked some of Indiana’s educators what they thought of the idea of the state taking over teacher pay.

“I think there should be a mandate that teachers get a raise,” Boyd explained.

“Some states do have a state salary schedule,” said Terry Spradlin, executive director of the Indiana School Boards Association. “I don’t know the number. I’ll look into that, if that’s someting of interest. We do like the local control that you’re providing local school corporations depending on unique circumstances by region.”

Lawmakers did not vote Thursday.

Gov. Eric Holcomb created the teacher compensation commission last month. The goal of that commission is to figure out how to make teacher pay competitive with surrounding states.