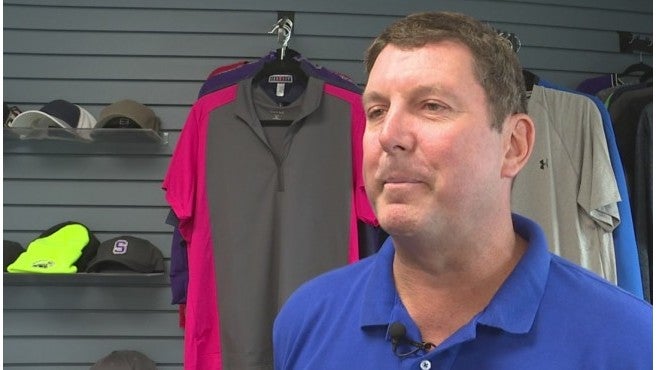 SEYMOUR, Ind. (WISH) – Medical and recreational marijuana are hot topics across the state.

One state lawmaker believes in them so strongly that he just spent in week in Colorado learning about them.

State Rep. Jim Lucas, a Republican from Seymour, said he learned some good ideas in Colorado that he wants to put in place in Indiana.

“It was incredible,” Lucas said as he described his Colorado cannabis experience. “Seeing the freedom and the acceptance of how they deal with cannabis on a day-to-day basis. That was probably the biggest culture shock for me .”

For a week, Lucas toured recreational and medical cannabis dispensaries and cultivation facilities in Denver, Pueblo and Colorado Springs. He met the movers and shakers and learned a lot. For example, see those yellow tags on the cannabis plants? Lucas said that’s a security tracking system.

“Every plant that was viable on its own had a bar code and a little RFID (radio-frequency identification) chip. They call that ‘from seed to sell’. It tracks from the time that plant was viable, from a seedling, all the way up until it got sold in a dispensary. At the dispensary, they even track each individual item in whatever form it is.”

Lucas wants to use the tracking system and other items he saw in Colorado to create and tweak cannabis bills at home ahead of the 2019 legislative session. His medical cannabis bill did not get a committee hearing this past session.

“I want to make it easy for patients to have access to cannabis. That’s the main thing. We have to keep it affordable,” Lucas said.  “I want to keep it simple, keep it market based and easily regulated, but not overregulated.”

“We’re clearly opposed to that or medicinal marijuana,” executive director David Powell said. “By that, I mean our prosecuting attorneys’ association, and I think most law enforcement, chambers of commerce.”

“God, I hope they maintain that position,” Lucas said. “Keep up the opposition. It just gives me that much more media to get the word out. Truth, facts, reason and logic.”