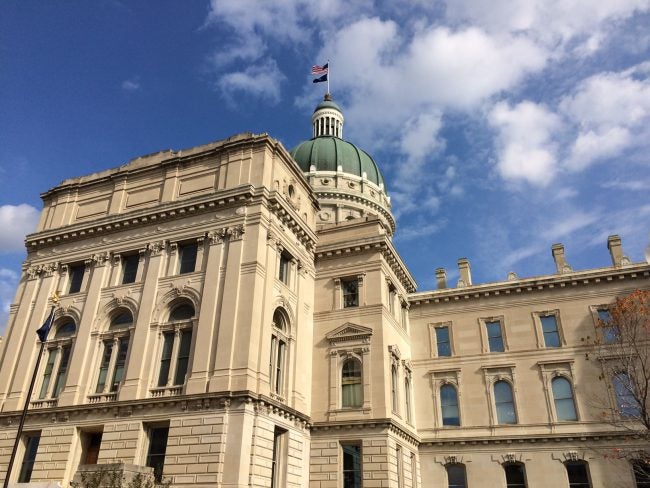 INDIANAPOLIS (WIBC) — Prosecutors who announce they won’t prosecute certain crimes could find the state doing it for them, if a bill headed for the Indiana Senate floor becomes law.

The bill would blow up Marion County Prosecutor Ryan Mears’ declaration when he took office last year that he’d no longer prosecute marijuana possession cases. Sen. Mike Young, a Republican from Indianapolis, authored a bill that would let the attorney general seize control of cases if a prosecutor declares such a blanket policy, or if the attorney general believes such a policy is in place more quietly. The prosecutor would have a month to either file the case himself or persuade the attorney general there was a specific reason not to charge a case.

If the prosecutor didn’t head off a takeover, the attorney general or a special prosecutor could bill the county for the cost of trying the case.

Young says he was drafting his bill even before Mears’ announcement. He says prosecutors in other states have announced they’ll ignore crimes from trespassing to prostitution and says it’s a dangerous road to go down, setting up one local official with the power to overrule the entire legislature. Young warns marijuana legalization supporters who praised Mears might feel differently if another prosecutor refused to prosecute hate-crime cases or abortion protests.

The Corrections and Criminal Law Committee approved the bill 6-3 despite witnesses unanimously opposing it. Parvonay Stover, government affairs director for Attorney General Curtis Hill, says Hill’s office would embrace the new authority if the bill passes but isn’t taking a position on whether it should.

Prosecutors, defense attorneys, marijuana activists and the ACLU all argued against the proposal. ACLU policy director Katie Blair argues voters can throw out a prosecutor if they don’t like his approach to the job, but the state shouldn’t be able to strip him of his authority. And David Powell with the Indiana Prosecuting Attorneys Council calls a prosecutor’s discretion on whether to file charges the job’s “Holy Grail,” and says the state shouldn’t interfere.

Several senators expressed doubts about the specifics of the bill but declared prosecutors can’t be allowed to pick and choose which laws to enforce. Only Bedford Republican Eric Koch joined Democrats in voting no. The full Senate will vote next week.