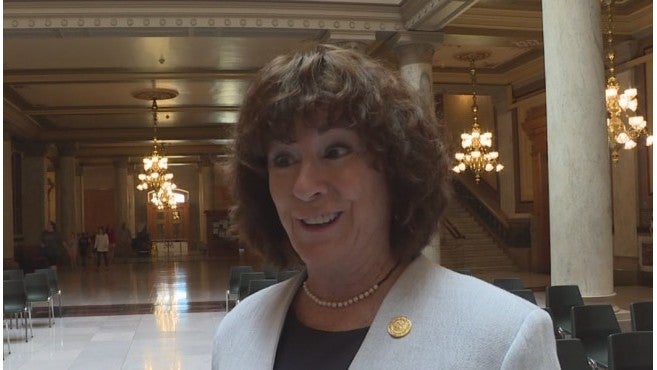 INDIANAPOLIS (WISH) – Part of a new state law impacting who can and cannot go to kindergarten in the coming school year has parents and education districts fired up.

Under this new law, if a school district decides to let 4-year-olds into kindergarten this fall, they could lose up to $6,000 per child in state funding. The law is effective for the 2018-19 school year.

Stephanie LaPlante, director of early childhood and PK-3 curriculum at Lawrence Township Schools, said, “What it says is any child born after Aug. 1, the state will no longer give the dollars to the school for that child as a kindergarten student.”

As a result, Lawrence Township Schools Board voted to not let 4-year-olds into kindergarten this fall. Boards from other school districts across the state also have faced or are facing the same question on 4-year-olds.

LaPlante said, “Currently, we have 100 students who have birthdays after Aug. 1 that would qualify now to not receive any state funding. That’s over half a million dollars that would be a hit to our district.”

The law first created by State Rep. Sally Siegrist, a West Lafayette Republican, not only puts the limit on kindergartners, but also provides millions of dollars to schools. Siegrist said parents are upset and she hears about it daily. She said she did not want the language about 4-year-olds in the measure, which passed the House with no mention of the cutoff date. She said the Senate added the language before the measure became law.

Siegrist said, “I bargained hard in conference committee to get that taken back out, but was not able to succeed. Sen. (Ryan) Mishler is the head of Finance in the Senate and he has a lot more power than I.”

Mishler, a Republican from Bremen, declined to comment or respond to questions. His spokesperson said he was busy with work and was unavailable.

Siegrist said, “I am sorry. I’m sorry a bill I wrote thinking I was helping students actually turned out to be harmful to a very small number of of students.”

At Indianapolis Public Schools, spokesperson Carrie Black said, “We have about 50 students who don’t meet the new requirement, but received a placement in the first round of our enrollment process before the new law was passed.”

From the Hamilton Southeastern Schools in the Fishers area, district spokeswoman Emily Pace Abbotts issued in a statement:

“As of May 16, we have 47 students born after August 2, registered for kindergarten for 2018-19 school year. We are estimating a $300,000 loss and it will affect the cash balance. Our staffing is already in place for next year.”

Mary Lang, a spokesperson for Wayne Township Schools in Marion County, said, “We will not be accepting kindergarten students with age waivers during the coming school year.”

Pike Township Schools Board was set to vote on its kindergarten decision on Thursday night.