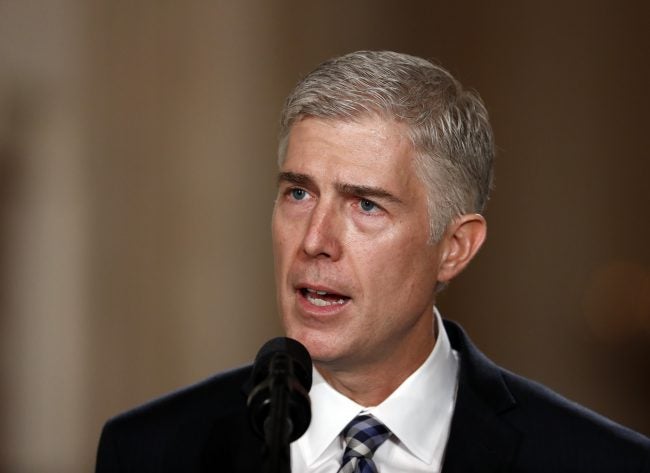 As of Wednesday morning, Republicans from Indiana had more to say about nominee Neil Gorsuch than their peers on the other side of the aisle.

Junior Sen. Todd Young has said he would thoroughly vet federal appeals court judge Gorsuch before voting whether to confirm him for the seat.

In a statement posted to YouTube, Young called Gorsuch a mainstream and faithful constitutionalist.

“For many Hoosiers, this issue drove their decision at the ballot box last November, and after a thorough process, it’s my hope that my Democratic colleagues will heed the will of Hoosiers and millions of Americans and allow an up and down vote just as the Senate afforded for Presidents Clinton and Obama’s nominees at the beginning of their presidential terms,” Young said.

Several of the state’s U.S. representatives used social media to praise the president’s pick, including Congressman Todd Rokita, who called the selection a “win for all Americans.”

Congressman Luke Messer tweeted that Gorsuch should be confirmed quickly.

“Judge Gorsuch is clearly qualified for the job, and his nomination will help ensure we have a court that upholds our Constitution, acts with judicial restraint and defends the individual liberties of every American,” Messer wrote.

“As I have said part of our job as Senators includes considering, debating, and voting on judicial nominations, including to the Supreme Court,” Donnelly wrote. “I will carefully review and consider the record and qualifications of Neil Gorsuch.”