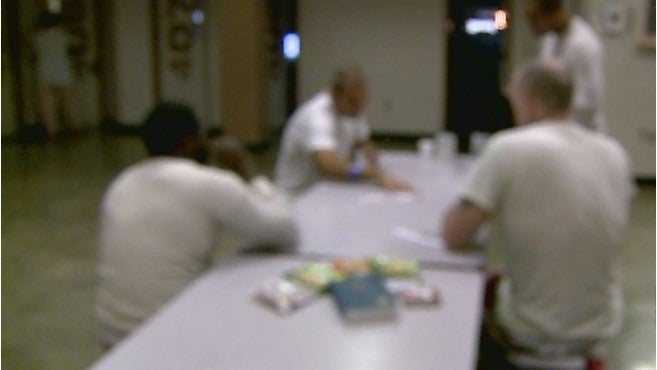 Overcrowded jails was one topic that came up.

Hendricks County Sheriff Brett Clark, who also represented the Indiana Sheriff’s Association, said, “Jails in Indiana are overcrowded. We have about a 96 percent occupancy rate statewide on the latest data.”

Clark said his jail is basically 100 percent full because of the opioid and drug epidemic.

“People are desperate. They’re sick; they steal. When they get arrested with syringes, needles, these kinds of things and they wind up in jail.”

State Sen. Greg Taylor, a Democrat from Indianapolis, said, “We first have to help people find sources that can help them recover from their addiction or any mental health problems that they might have.”

Sept. Rep. Ryan Hatfield, a Democrat from Evansville, said he heard Tuesday that there is not enough public safety money. “That our court systems have the resources they need to process these cases through and that we also have the treatment and jobs in place ot make sure offenders come out of incarceration, we’re getting them on a better track.”

Indiana Department of Correction leaders said they are partly focusing on vocational skills. They train inmates to prepare them for jobs such as welding or carpentry outside of prison so they don’t return.

Jon Ferguson is executive director of legislation and contracts for the Department of Correction. He said, “In order for us to prevent offenders from returning back to us and committing new crimes, we want to make sure they’re having jobs that make them productive citizens.”

The Sheriff’s Association on Tuesday asked lawmakers to consider raising the per-day amount the state gives to jails and sheriffs to run the jails and house state prisoners from $35 to $55. A raise has not happened in more than 30 years.

Clark said, “The state provides money to help the counties run their jails on behalf of those prisoners. That money’s used for programming, food, staff, building improvements, those kinds of things.”

The Sheriffs’ Association said Hoosiers also have to figure out a better way to make sure people who need mental health treatment get it, either inside the criminal justice system or outside of it.