Indiana legislation on hemp advances for final vote in Senate 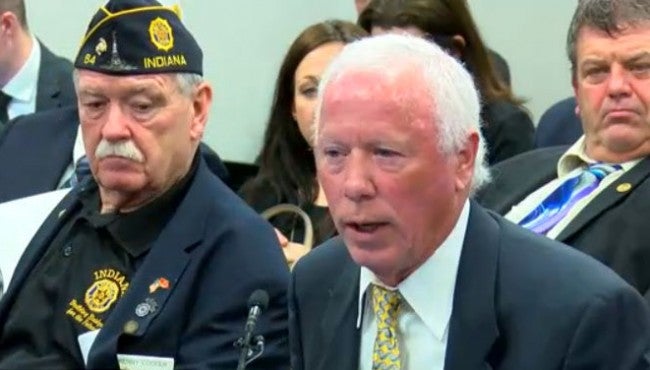 Senators on the Senate Commerce and Technology Committee signaled their support for the bill, but it wasn’t a clean sweep.

Several people testified before the committee. Some said they don’t want Indiana to miss out on what could be a multimillion-dollar hemp industry.

Kentucky farmer John Furnish testified to the committee. He said he watches plant tetrahydrocannabinol (THC) levels at his hemp farm. He’s chairman of the Kentucky Industrial Hemp Commission and president of the nonprofit U.S. Hemp Roundtable.

Furnish told the committee, “On my family farm, we’ve grown 1,000 acres. We’ve harvested 996 acres. We’ve destroyed 4 acres because of high THC. We’re welcome to do that because it naturally happens in the plant.”

Steve Bevan, President of GenCanna in Winchester, Kentucky, also testified. His company grows and harvests hemp products. He said, “Hemp is everything except THC. You take the scary part away, the thing that everyone’s afraid of, the psychoactive stuff.”

Gregg Baumbaugh, CEO of Flexform Technologies, testified how his Elkhart manufacturing company imports industrial hemp and other natural fibers to make nonwoven composite mats and panel products for vehicles. “With us having to pay a small fortune to ship the material here, we’d much rather have it grown locally, processed locally.”

Some lawmakers Thursday voiced concerns about the legality of some of the bill’s specifics; namely, how it would be enforced and seen in the eyes of the federal government.

The measure got a “no” vote from State Sen. Jean Leising, a Republican from Oldenburg. She said cannabidiol oil, or CBD oil, is one of the main reasons she opposed the bill.

“Federal law still says CBD oil, like marijuana, is still a Schedule 1 substance, which means it’s treated like an illegal drug,” Leising said. “There’s no science backing CBD oil as a medicine. That concerns me because I was a nurse by profession.”