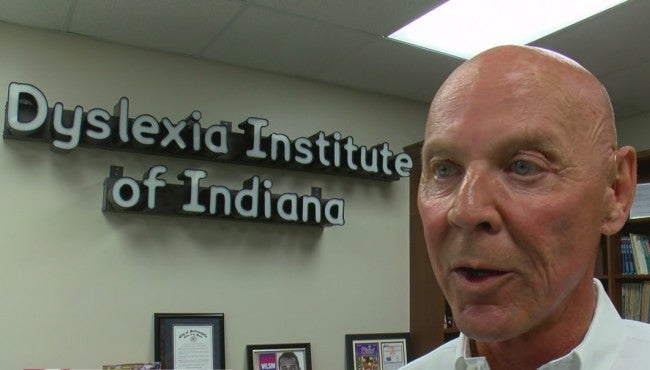 INDIANAPOLIS (WISH) — One in 5 children in Indiana lives with dyslexia.

Left unchecked, dyslexia can leave people feeling frustrated and disheartened when compared to their peers.

One state senator wants to change that, starting inside local schools.

The Mayo Clinic describes dyslexia as a learning disorder that involves difficulty reading because of problems relating speech sounds to letters and words. For decades, some children have struggled with this at school and at home.

Amanda Cox’s 10-year-old son, Elliott, lives with dyslexia. “We could see that he was struggling to learn to read, and it was superfrustrating at home. He was very frustrated. He felt dumb,” she said.

His frustrations began in kindergarten and first grade. His parents noticed he wasn’t at the right reading level. His teacher said it could be dyslexia.

Cox said,  “He always wrote his B’s and D’s backward. He has directional confusion … still he struggles with left and right.”

Some teachers thought he’d eventually just catch up. So, Elliott’s parents had him evaluated outside of school at the Dyslexia Institute of Indiana.

Cox said, “They found that he did have dyslexia.”

So began the long, expensive 18 months of tutoring. She said she believes other children with dyslexia are falling through the cracks.

The mom said a bill ready for a vote to be scheduled in the House “would just be such a godsend for all of the kids in Indiana.”

State Sen. Erin Houchin, a Republican from Salem, wrote a bill that would create a universal screening process in public schools to include dyslexia and require resources as part of a child’s educational screening.

If approved, the bill eventually would require districts to hire at least one reading specialist trained in dyslexia.

The bill on Feb. 1 passed the Senate 48-0, on Tuesday advanced 13-0 from the House education committee and now awaits consideration by the full House.

Houchin said, “Identifying dyslexia in our school systems is really not happening.”

The state senator’s son lives with dyslexia, too. The idea is to catch early red flags of at-risk children.

“We can get students back on track to the point they can compete with their peers,” Houchin said.

The Dyslexia Institute of Indiana sees about 150 students a year. Bill Herman is the CEO.

“I believe a screener, which is a very minimal assessment, would help us rule out kids who are truly dyslexic and have struggling readers,” he said.