Indiana Legislature bills that still have a chance 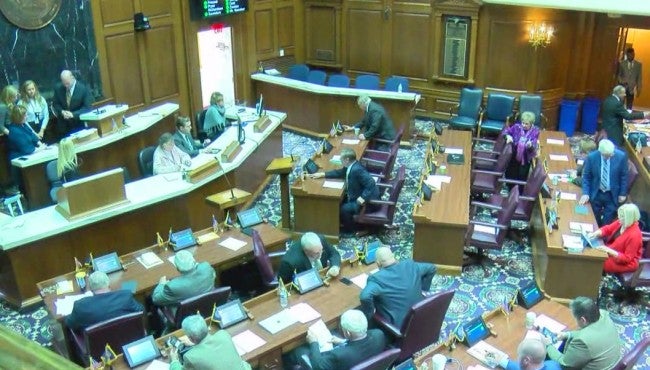 INDIANAPOLIS (WISH)- As Indiana lawmakers enjoy their extended midsession break until Monday, we are working for you.

We’re taking a look ahead at the rest of the legislative session.

What’s next? What bills have a chance … and what bills don’t?

Lawmakers said they’ve got a lot of work to do, and not a lot of time to do it. Senate President Pro Tem David Long said they’ll start working on House bills soon, like …

“Workforce development. They have a significant bill, House Bill 1002.” Long explained. “We’ve got to mash those up where we have common agreement. And eliminate that which we can’t agree on.”

Senate Democrats and Republicans also seem to agree that something needs to be done about thousands of rape kits sitting untested in Indiana. A bill that calls for a study to figure out a kit-tracking system passed the Senate on Tuesday 48 to 0. The bill was referred to the House on Wednesday.

Long said, “I think it has legs and it should pass the House.”

Those kits and the bill are something the Indiana Prosecuting Attorneys Council closely follows.

David Powell, executive director of the council, said, “Hopefully come up with something the General Assembly can afford to pay for because, ultimately, it’ll require some money.”

Senators do not seem to completely agree on churches allowing guns in more cases. Still, that bill passed the Senate on Tuesday 43-5. That bill referred to the House on Wednesday.

Long said, “After the church shootings that have occurred, I think we have a bipartisan support for recognizing ‘You know what, there’s bad people out there, and people need to protect themselves, even in a house of worship, unfortunately.”

Glick said, “We think that’s going to help the situation. It’s just frustrating that we haven’t been able to advance it the last couple years.”

On Wednesday, Indiana’s House Democratic caucus leaders said they are hopeful their bills about bullying, diabetes education and lifting the ban on light rail will get through the Senate with bipartisan support.

Long said other bills that are important include dealing with the opioid crisis and refreshing forfeiture laws.

Of course, we can’t forget Sunday sales and CBD oil. Those bills are making their way through their respective chambers.