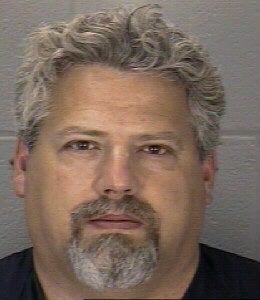 TIPPECANOE COUNTY, Ind. (WLFI) – A Dayton man now faces criminal charges after deputies said he tied up a woman for more than four hours at knifepoint and caused a police standoff last week.

Tippecanoe County Sheriff’s deputies responded to a home in the 600 block of Harrison Circle in Dayton around 8 p.m. When deputies arrived, they set up a perimeter around the home.

According to court documents, the victim told police she considered Wilcox a friend, and she stopped by before going to work. When she was about to leave, Wilcox approached her with a butcher knife, plastic ties and a hammer and told her she was not leaving.

Wilcox apparently took the woman into the bedroom and put her into a closet, documents stated. He used zip ties on her wrists and a bandana to try to keep her quiet. The victim told police Wilcox threatened her multiple times with a knife and she was afraid for her life.

Documents state Wilcox moved the victim from the closet to the bed and removed the zip ties. He tied her to the bed frame using neckties. Later Wilcox went into another room, and that’s when the victim was able to free herself and climb out a window. She ran to a neighbor’s house for help.

By the time Wilcox noticed the victim was gone, police had already surrounded the home and officers were watching Wilcox. They saw him become irate and started yelling for the victim, documents state. Officers on scene also saw Wilcox carrying a butcher knife while looking for the woman.

Wilcox barricaded himself inside his bedroom. Documents say it took several hours but the SWAT team was finally able to enter the home. Wilcox surrendered and was taken into custody.

During a search of the home, investigators found plastic zip ties in the bedroom and living room, neckties around the bed frame, a hammer in the bedroom, and a butcher knife in the bedroom closet where Wilcox was found.