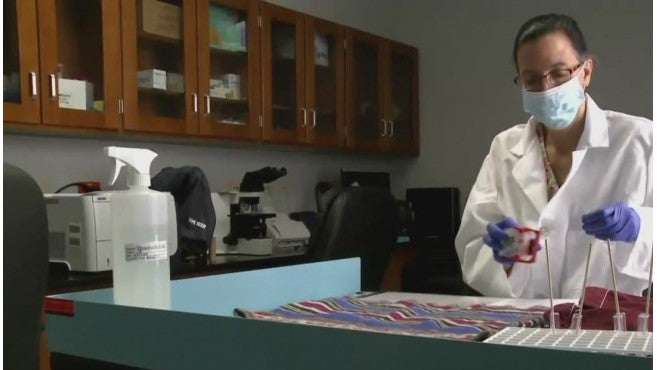 Rape kits are sitting untested across the state.

Some haven’t been touched in years.

Now, we’re just days away from the state laying the groundwork for a rape-kit database.

State Rep. Karen Engleman, a Republican from Georgetown in southeast Indiana, said, “This is very important because people that had the courage to come in and report a rape and the rape kit just got put aside and there was no closure for them.”

State Sen. Michael Crider, a Republican from Greenfield, said recently that Lake County and a couple other counties have reviewed their untested rape kits and sent them to the state labs for testing.

In March, Gov. Eric Holcomb signed Crider’s bill into law that requires a statewide sexual assault response team to research rape-kit testing and tracking databases. The team’s goal is to figure out which agency would manage and maintain it, and how to fund it. State agencies have until December to get the report finished. Crider said the 2019 legislative session would examine a request to pay for the tracking system.

Crider said he wants victims to be able to track their kit, too. “Going forward, I’m hopeful, anytime there’s a question about the number of kits that might exist in the state, we’ll pretty much know where they’re at and what the status is.”

“What would it look like and what other states might be doing. At least that’s what we hope to get out of that,” Pulice said.

“This is not the end-all-be-all,” she said. “But, we are listening. We believe them and we are still moving forward an will get more done for them.”