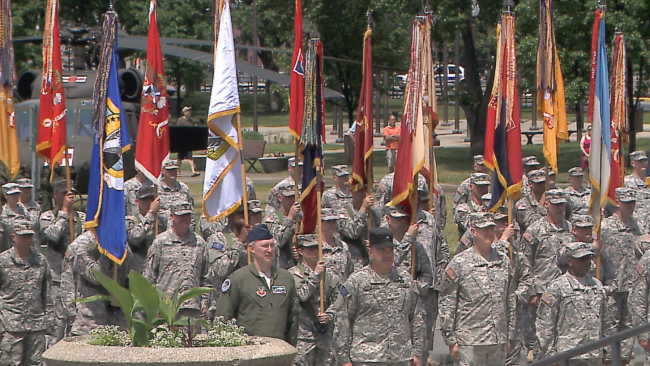 INDIANAPOLIS (WISH) — Military history was made Saturday at the Indiana War Memorial.

Umbarger served 45 years in the military.

Taking over as the National Guard’s top commander is Brigadier General Courtney Carr.

Carr first joined the Army in 1983, and he has been leading Indiana National Guard units since 1991.

During the ceremony, Carr thanked Umbarger for his service and Gov. Pence for the honor to serve.

“I’m excited to lead this great organization and I’m confident that we stand ready to answer your call to support our fellow Hoosiers and to answer our nation’s call when needed,” Carr said.

Only one person has served longer as Indiana’s top military commander.