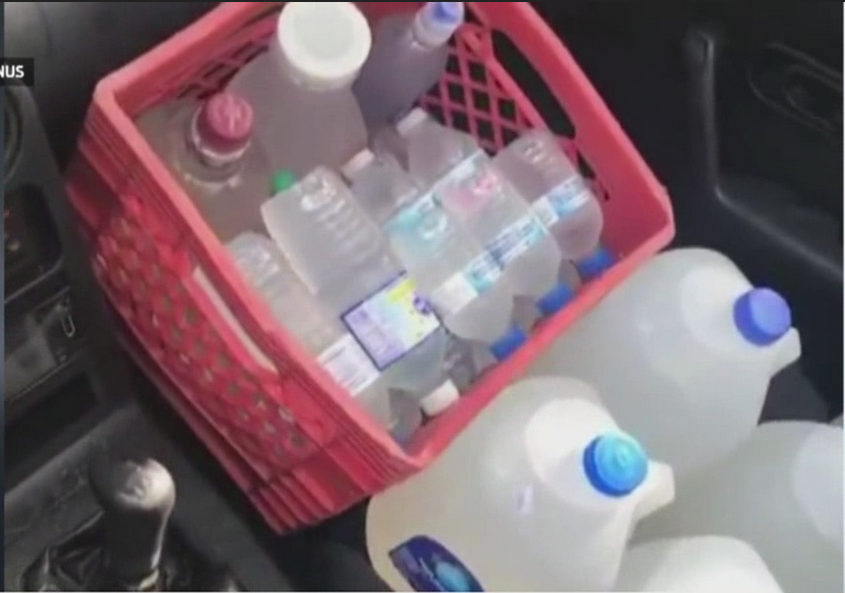 LOGANSPORT, Ind. (WISH) – A hurricane recovery initiative created by an Army veteran from Indiana has brought the clean, crisp taste of relief to hundreds of families across Puerto Rico.

Christopher Manus, a Logansport native who relocated six months ago to the island’s west coast, began pumping, boiling, purifying, bottling and delivering water from a tank behind his home after a chance encounter with a stranger one night opened his eyes to the magnitude of the post-Maria water crisis.

“The whole town [of Rincon] was still without power at the time,” he said. “This gentleman approached me, holding a flashlight and basically asking if I had water. I was taken aback because I hadn’t realized yet how great the need was for something so basic.”

Manus said he was “extremely fortunate” to have a supply of drinking water stored at home before Maria tore across the island, as well as access to basic filtration equipment and a nearby water tank.

Meanwhile, officials estimated at least one million Puerto Rico residents were still without running water a month after the hurricane made landfall.

“I couldn’t stop thinking about that man [begging for water],” Manus told 24-Hour News 8. “When I got home, I grabbed a gallon of water I boiled earlier that morning. I ran back in town and I delivered it to that gentleman.”

He said the expression of gratitude on his face inspired him to transform the single act of kindness into a homegrown hurricane recovery operation.

The following day, Manus spent 12 hours processing 25 gallons of water and bottling it for delivery, making the most of supplies – and tree branches – in his vicinity.

“If you’re a grandma over there, you have these big pots where you cook the rice, the paellas and all that,” explained fiancee Frances Alicea with a laugh. “So he’s got all these big pots that my mom and my family provided him, he got these cinder blocks and he grabbed some of the debris that was out there and started burning the debris [to boil] the water.”

Manus further decontaminated the water with dissolvable “Aquatabs” tablets he had on hand, before setting out in his car to deliver the drinking water door-to-door.

Within weeks, he was processing up to 100 gallons a day and had partnered with non-profits and local volunteers to continue expanding the initiative with local cistern sites and personal filtration units, he said Monday in a FaceTime interview with 24-Hour News 8.

“We are actually going to install a 250-gallon cistern at the elementary school in Calvache and we’re going to attach six separate filters,” Manus revealed. “That way, the [more than 700] students and even their families can collect drinking water for the day right there at the school.”

He was hesitant to accept credit for his leading role in the relief mission, now dubbed “Water on Wheels,” but urged others in his home state of Indiana and the rest of the nation to join him in aiding the hurricane-ravaged island.

“When you hand someone here a bottle of clean drinking water, their face says it all,” Manus said. “Just to see the reaction on their face [has] been amazing and that’s what’s been fueling me ever since.”

You can find more information about the Water on Wheels initiative here.