3 women die in crash of car, SUV in Kosciusko County 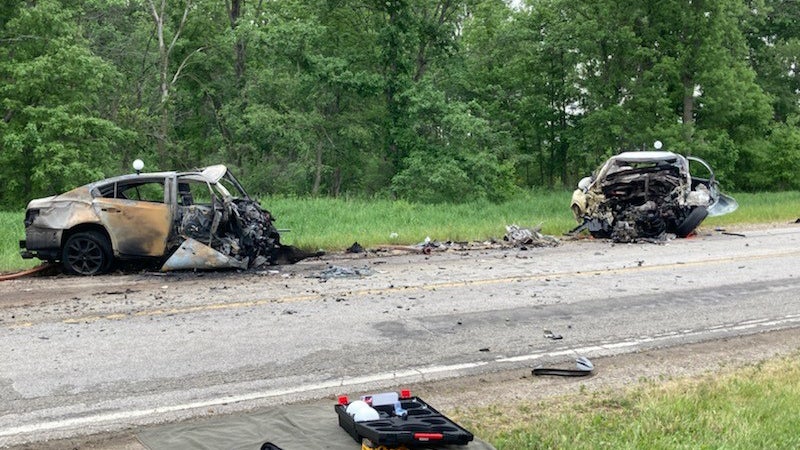 PIERCETON, Ind. (WISH) — Three women died in the fiery crash of a car and an SUV on Thursday afternoon in eastern Kosciusko County in northern Indiana, police said.

Emergency crews were sent to the crash shortly before 3:40 p.m. Thursday on a rural stretch of Old Road 30 just east of State Road 13. That’s about 2 miles north of Pierceton, a town of 1,000.

The crews found a Nissan Maxima car engulfed in flames and two women unresponsive in a Kia Sportage sport utility vehicle. The women, both from nearby Warsaw, were the driver Teressa Johnson, 66, and passenger Amanda Johnson, 43.

The driver of the Maxima was identified Friday as Han Nguyen Le, 36, of Warsaw.

Investigators believe the eastbound Maxima was passing a motorcycle and collided head-on with the westbound Kia. Witnesses reported the Maxima was going at a high speed.