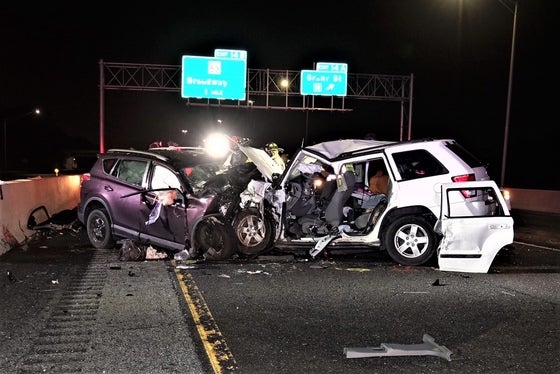 Police say the crash early Saturday in Gary killed the driver of a Toyota SUV that was traveling west in the eastbound lanes of the highway with no headlights on. She was identified as 25-year-old Tiara Davis of Calumet City, Illinois.

All four died at the scene.

Police say three daughters of the couple, 10-year-old Emily, 11-year-old Damaris and 7-month-old Florali, sustained serious to critical injuries and were airlifted to hospitals in nearby Chicago.