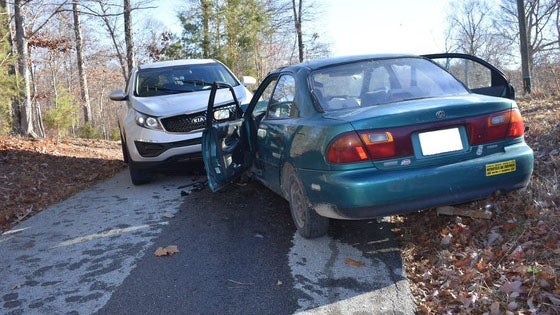 State police did not identify the child or its gender in a news release.

Police think, before the head-on crash, a green 1996 Mazda car was eastbound and a silver 2016 Kia Sportage was westbound about 8:30 a.m. Wednesday on East Bill Miller Road just east of Blue River Church Road. That’s in southern Washington County about 2 miles west of the town of New Pekin.

The child was riding in the Mazda driven by Devin Roll, 29, of New Pekin. Rhonda Danser, 58, of New Pekin, was driving the SUV. Neither driver was seriously injured, police say.

The child was taken to Norton Children’s Hospital in Louisville, Kentucky. New Pekin is about a 35-minute drive northwest of downtown Louisville.

Photos of the crash from state police showed a thin layer of snow on the road.