A look inside the Indiana Statehouse 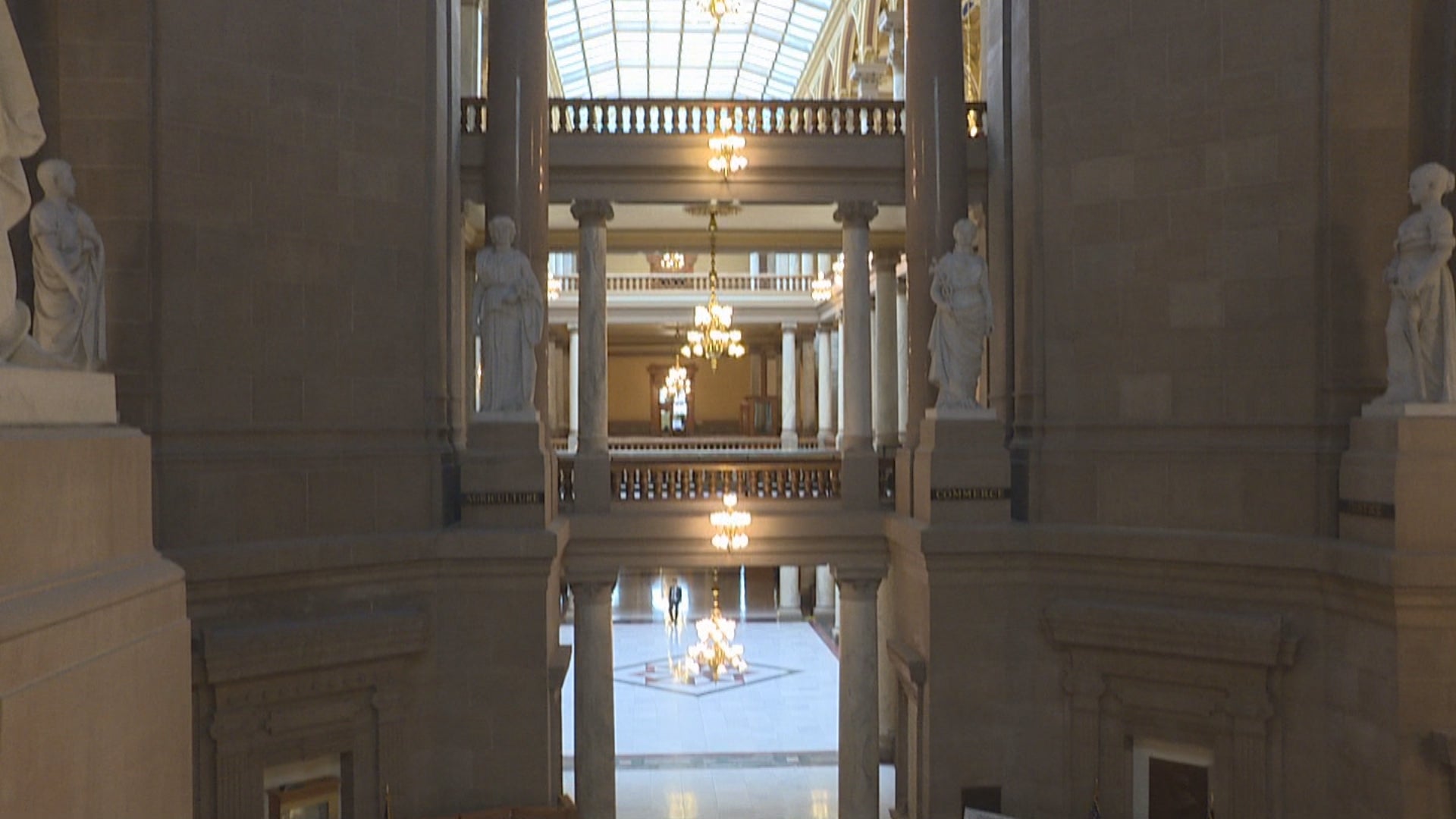 INDIANAPOLIS (WISH) — On Monday, News 8 got a special tour of the Indiana Statehouse, courtesy of guide Mindy Conklin.

People come from all over the world, and they start in the rotunda.

“The rotunda goes from here, all the way up to our stained glass, and that’s 105 feet,” Conklin explained.

Along the way up, your eyes can’t help but see Italian marble statues, eight of them, each standing 9 feet tall.

All but one have have Greek or Roman features. But the statue called Justice features the likeness of a past judge’s wife.

“Her name is actually Mary Wilson,” Conklin said. “She is from the Bedford area. If you look at her face, she has more of a Hoosier look about her.”

Conklin said fossils occur naturally in some of the stone used in the building: “This marble is from the state of Vermont.”

You can see that money was spent on the marble, Indiana limestone and fixtures, including the huge chandelier inside the House of Representatives.

“This is the largest chandelier that we have in the Statehouse, and it has 100 lights representing the 100 representatives in here.” Conklin explained.

Across the hall, the Senate Chamber features carpets with stars.

“There are 19 stars and that is because we are the 19th state to join the union,” Conklin said.

Students from across the state regularly come tour the place. They’ll keep coming, as long as this Statehouse has a story to tell.

If you’re interested, here’s how you can plan a free tour of the Indiana Statehouse. To schedule a tour, call 317-233-5293 or email touroffice@idoa.in.gov.