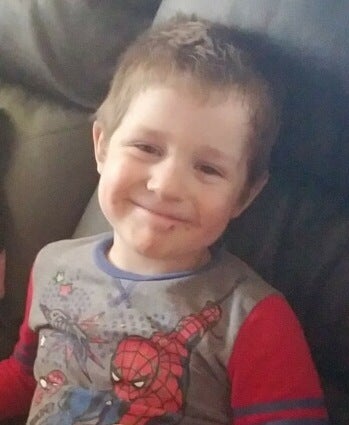 DELPHI, Ind. (WLFI) — The Indiana Department of Natural Resources has released the identity of the child who was swept into Delphi’s Deer Creek Thursday night.

Authorities in Carroll County said they have transitioned their search for four-year-old Owen Jones who was swept into Delphi’s Deer Creek Thursday night to a recovery operation.

Lt. Dan Dulin with the Indiana Department of Natural Resources said multiple agencies are assisting in the recovery effort.

A witness told authorities Jones was seen struggling in the water around 6 p.m. before he was swept into the creek.

Deer Creek is not off limits, but Lt. Dulin said the current is moving quick and levels are high due to recent rain.

The community is being urged to not interfere with the investigation and to not get into the water.

Two boats are currently searching for the child and side scan sonar is being used in the search. A helicopter also searched for the child for about two hours.

Authorities are searching for a four-year-old boy who was reportedly swept away in Delphi’s Deer Creek Thursday night, WLFI staff reports.

According to News 8 news partners WLFI, multiple agencies are on the scene searching for the little boy.

Few details in the search have been released at this time.

This is a developing story, check back for updates.

BREAKING: A 4 year old boy has been swept away in Delphi’s Deer Creek. Happened around 6 p.m.
Multiple agencies on scene.
DNR’s Lt. Dan Dulin confirmed. On the way now. Standby for more on Twitter and on @WLFI at 10 and 11 — Jordan Burrows (@jordan_burrows) May 23, 2019