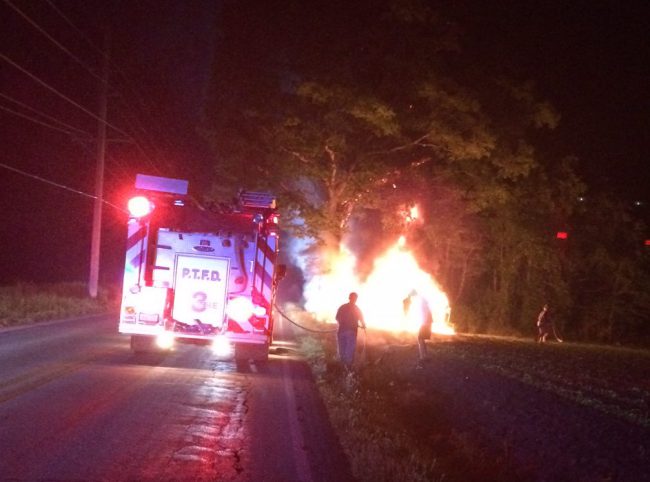 KOSCUISKO COUNTY, Ind. (WANE) Kosciusko County authorities are investigating the death of a person whose SUV caught on fire after crashing into a tree Monday morning.

According to Kosciusko County Spokesman Chad Hill, deputies responded after 911 dispatch received a call around 4 a.m. reporting a vehicle was on fire in the area of Armstrong Road, east of County Road 200 E.

Investigators arrived and found the SUV fully in flames. The Leesburg/Plain Township Fire Department responded to extinguish the fire. Firefighters then found the driver dead inside the vehicle, Hill said.

Hill said investigators determined the driver was headed east on Armstrong Road, when for an unknown reason, they drove off the road and struck the tree head-on before the SUV caught on fire.

The Kosciusko County Coroner’s Office was called to the scene and then transported the driver to the Northeast Indiana Forensic Center in Fort Wayne for formal identification.

The crash remains under investigation. The coroner’s office will release the name of the driver after a full forensic identification is complete.