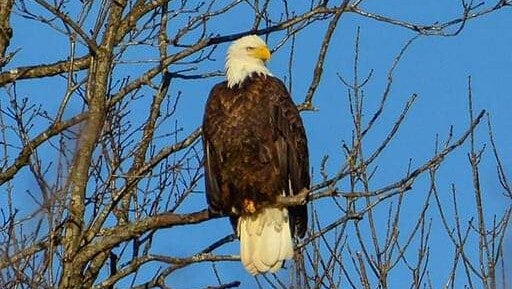 INDIANAPOLIS (WISH) — Added information about wild birds with avian influenza found in Indiana was provided this week by Indiana Department of Natural Resources.

The Indiana State Board of Animal Health on April 18 said federal authorities had confirmed avian influenza in a bald eagle, a hawk and a redhead duck.

On Tuesday, the Department of Natural Resources clarified that bird flu was found in two bald eagles — one in Starke County and another in Miami County — plus a red-tailed hawk in Johnson County. Purdue University’s Animal Disease Diagnostic Laboratory tested the raptors.

Natural Resources issued the clarification as the spring turkey hunting began. Michelle Benavidez Westrich, a wildlife health biologist with the state’s division of fish and wildlife, said that the current H5N1 strain has not been detected in wild turkeys, and she does not expect that to happen. She says wild turkeys have never been found with the bird flu.

Indiana isn’t the only state seeing flocks and wild birds contracting bird flu. The U.S. Department of Agriculture is keeping a database of outbreaks. Some zoos have changed how their birds are displayed to protect against the virus.

The state has found nine commercial flocks and one hobby flock with avian influenza. In Indiana, 171,224 turkeys and 17,279 ducks have been euthanized to prevent the spread of the bird flu.

Rising prices for eggs has been one effect of the outbreak, the worst in the United States since 2015.

The U.S. Centers for Disease Control and Prevention on Thursday night reported the first case of a person with avian influenza. The case was reported in Colorado. The person had “direct exposure to poultry” and was involved in the euthanasia of birds with H5N1. The patient reported fatigue for a few days as their only symptom and has since recovered. The person was being isolated and treated with the antiviral drug oseltamivir. The single case is not considered a high risk, but the CDC says it will continue to monitor for a possible outbreak.

Officials emphasize that bird flu doesn’t jeopardize the safety of meat or eggs or represent a significant risk to human health. No infected birds are allowed into the food supply, and properly cooking poultry and eggs kills bacteria and viruses.

Avian influenza, also called avian flu or bird flu, is an illness that usually affects only birds. There are many different strains of avian flu: 16 H subtypes and 9 N subtypes. Only those labeled H5, H7 and H10 have caused deaths in humans. The most commonly seen and most deadly form of the virus is called “Influenza A (H5N1),” or the “H5N1 virus.”

Most cases of human bird flu infections are due to contact with infected poultry or surfaces that are contaminated with infected bird excretions: saliva, nasal secretions or feces.

The mortality rate is close to 60% for infected humans.

Early 1900s –The avian flu is first identified in Italy.

December 1983 – Chickens in Pennsylvania and Virginia are exposed to the avian flu and more than five million birds are killed to stop the disease from spreading.

February 2003 – Eighty-four people in the Netherlands are affected by the H7N7 strain of the virus, one dies.

February 7, 2004 – Twelve thousand chickens are killed in Kent County, Delaware, after they are found to be infected with the H7 virus.

November 12, 2005 – A one-year-old boy in Thailand tests positive for the H5N1 strain of avian influenza.

November 16, 2005 – The World Health Organization confirms two human cases of bird flu in China, including a female poultry worker who died from the H5N1 strain.

November 17, 2005 – Two deaths are confirmed in Indonesia from the H5N1 strain of avian influenza.

January 1, 2006 – A Turkish teenager dies of the H5N1 strain of avian influenza in Istanbul, and later that week, two of his sisters die.

February 20, 2006 – Vietnam becomes the first country to successfully contain the disease. A country is considered disease-free when no new cases are reported in 21 days.

December 20, 2011 – The US Department of Health and Human Services releases a statement saying that the government is urging scientific journals to omit details from research they intend to publish on the transfer of H5N1 among mammals. There is concern that the information could be misused by terrorists.

March 31, 2013 – Chinese authorities report the first human cases of infection of avian flu H7N9 to the World Health Organization. H7N9 has not previously been detected in humans.

January 8, 2014 – Canadian health officials confirm that a resident from Alberta has died from H5N1 avian flu, the first case of the virus in North America. It is also the first case of H5N1 infection ever imported by a traveler into a country where the virus is not present in poultry.

April 20, 2015 – Officials say more than five million hens will be euthanized after bird flu was detected at a commercial laying facility in northwest Iowa. According to the US Department of Agriculture, close to eight million cases of bird flu have been detected in 13 states since December. Health officials say there is little to no risk for transmission to humans with respect to H5N2. No human infections with the virus have ever been detected.

January 15, 2016 – The US Department of Agriculture confirms that a commercial turkey farm in Dubois County, Indiana, has tested positive for the H7N8 strain of avian influenza.

January 24, 2017 – Britain’s Department for Environment, Food & Rural Affairs releases a statement confirming that a case of H5N8 avian flu has been detected in a flock of farmed breeding pheasants in Preston, UK. The flock is estimated to contain around 10,000 birds. The statement adds that a number of those birds have died, and the remaining live birds at the premises are being “humanely” killed because of the disease.

February 12, 2017 – A number of provinces in China have shut down their live poultry markets to prevent the spread of avian flu after a surge in the number of infections from the H7N9 strain. At least six provinces have reported human cases of H7N9 influenza this year, according to Chinese state media, Xinhua.

March 5-7, 2017 – The USDA confirms that a commercial chicken farm in Tennessee has tested positive for the H7N9 strain of avian flu, but says it is genetically different from the H7N9 lineage out of China. The 73,500-bird flock in Lincoln County will be euthanized, according to Tyson Foods.

February 14, 2018 – Hong Kong’s Centre for Health Protection announces that a 68-year-old woman has been treated for the H7N4 strain. This is the first case of this strain in a human.

June 5, 2019 – Since 2013 there have been 1,568 confirmed human cases and 616 deaths worldwide from the H7N9 strain of avian flu, according to the Food and Agriculture Organization of the United Nations.

December 2019 – The United Kingdom Department for Environment, Food & Rural Affairs confirms that a case of H5N1 avian flu has been detected at a poultry farm in Suffolk. 27,000 birds are humanely killed because of the disease.

April 9, 2020 – The USDA confirms that a commercial turkey flock in Chesterfield County, South Carolina has tested positive for the H7N3 strain of avian flu.

January 2021 – India culls tens of thousands of poultry birds after avian influenza is detected in ducks, crows and wild geese in at least a dozen locations across the country.

February 18, 2021 – Russian authorities notify WHO that they have detected H5N8 in humans. “If confirmed, this would be the first time H5N8 has infected people,” a WHO Europe spokesperson says in a statement.

February 2022 – The USDA confirms that wild birds and domestic poultry in the United States have tested positive for the H5N1 strain of avian flu. By mid April, the CDC reports there are 31 states with infected wild birds and 25 states with poultry outbreaks. 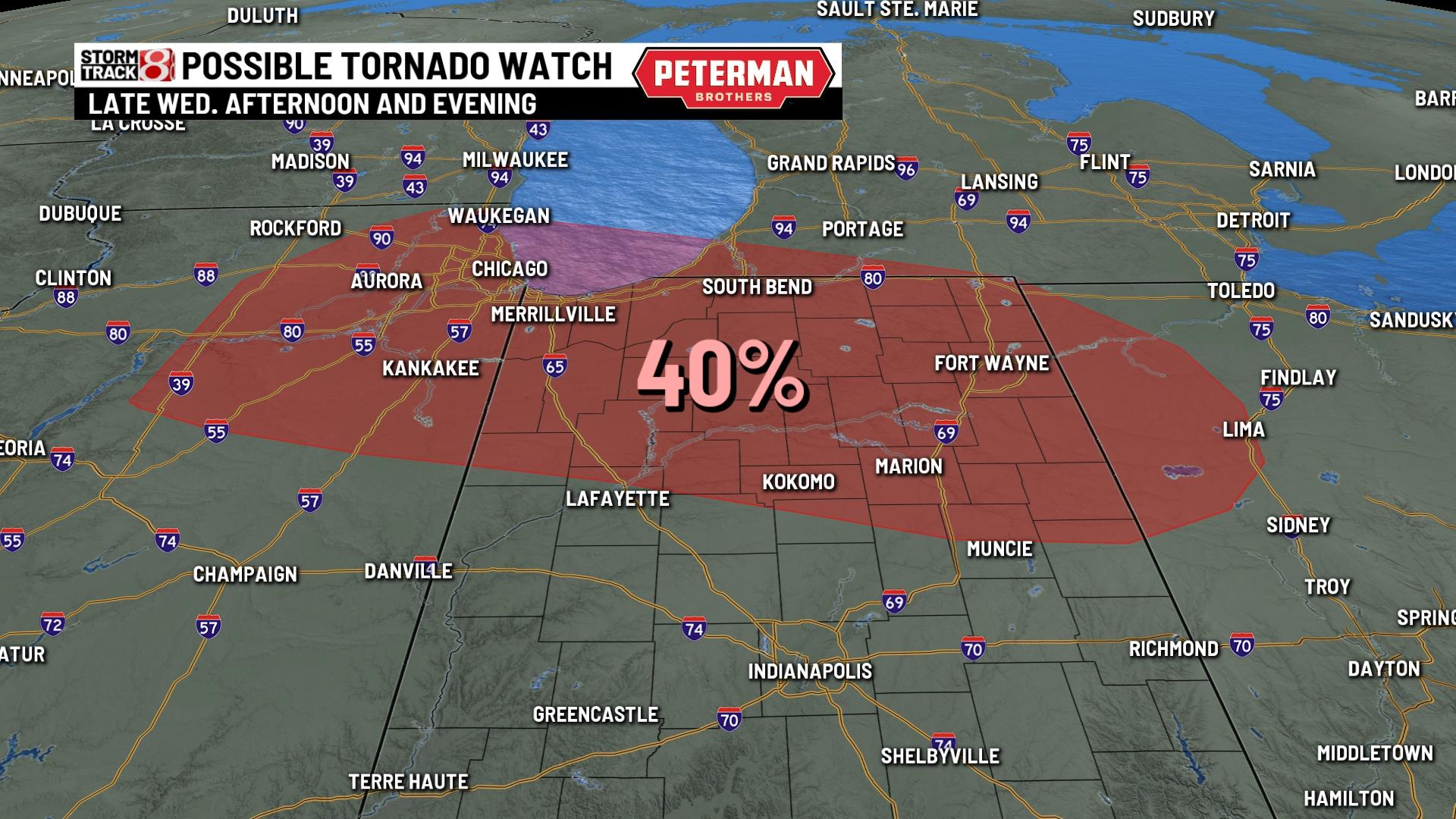 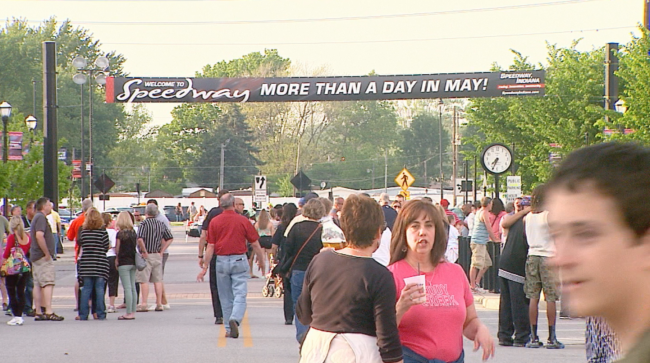