Can you pass the US naturalization test? 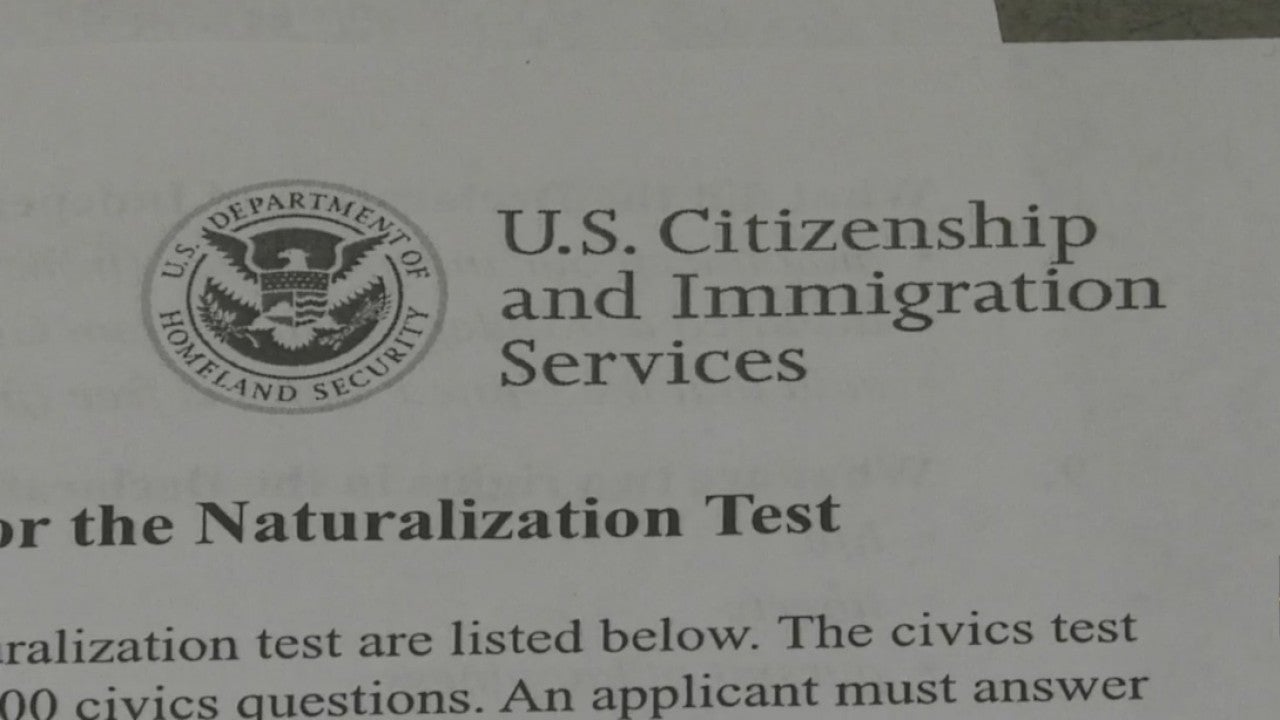 INDIANAPOLIS (WISH) — How well do you think you’d do on the U.S. naturalization test?

Starting next school year, Indiana high school students will have to take the test.

News 8 hit the streets near the Statehouse and showed people a few of the questions.

ONLINE: Questions and answers from the U.S. naturalization testDownload

Question: What do we show loyalty to when we say the pledge of allegiance?

Joe Frank of Carmel answered: “To the flag?”

Tonya Tiggsshelton, was given a different test question

Q: What is the highest court in the United States?

A new state law says Hoosier high school students have to take the U.S. naturalization test in class. They don’t have to pass it, just take it. A provision that would’ve required passing the test was stripped out of the law passed in this year’s Indiana legislative session.

Students will also have to take part in an enhanced study of the Holocaust in their high school U.S. history course as part of the new law.

The Council of State Social Studies Specialists said students in other states including South Carolina, Wisconsin and New Hampshire are required to take the test.

Victoria Self said she took the test in high school.

“For my government class, we did it just for fun one day to see how well we would do,” Self said. “Not a lot of us did that great.”

News 8 asked Self to name three of the 13 original states.

She got it. The other states were New Jersey, Georgia, Connecticut, Massachusetts, Maryland, South Carolina, New Hampshire, Virginia, New York and Rhode Island.

To be fair, some questions stumped people questioned by News 8, but most people did well.