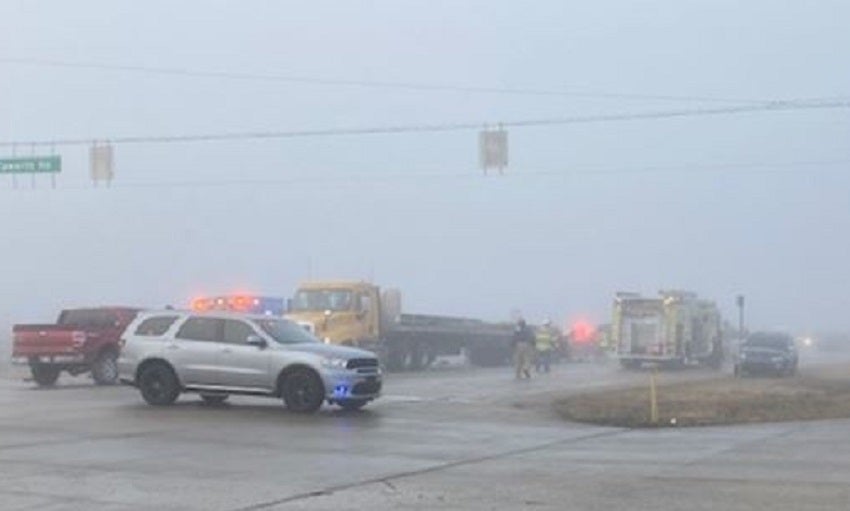 At approximately 7:30 a.m., Sheila Shofstall, 70, was stopped behind a tractor-trailer at a red light on state Route 62 west of Epworth Road when her car was struck by a pickup truck pulling a trailer, according to Indiana State Police. The accident occurred just east of Evansville in Warrick County.

Dense fog limited the visibility of drivers. ISP said the driver of the pickup did not realize traffic was stopped.

The pickup truck carrying the trailer then hit the tractor-trailer after striking Shofstall’s vehicle and came to a rest in the intersection. Shofstall was pronounced dead at the scene and the drivers of the other two vehicles suffered non-life-threatening injuries. A passenger in the pickup truck was uninjured.

Eastbound lanes of Route 62 between Interstate 69 and Epworth Road were closed for over three hours.