Citizens panels seek sway in redistricting in Indiana, other states 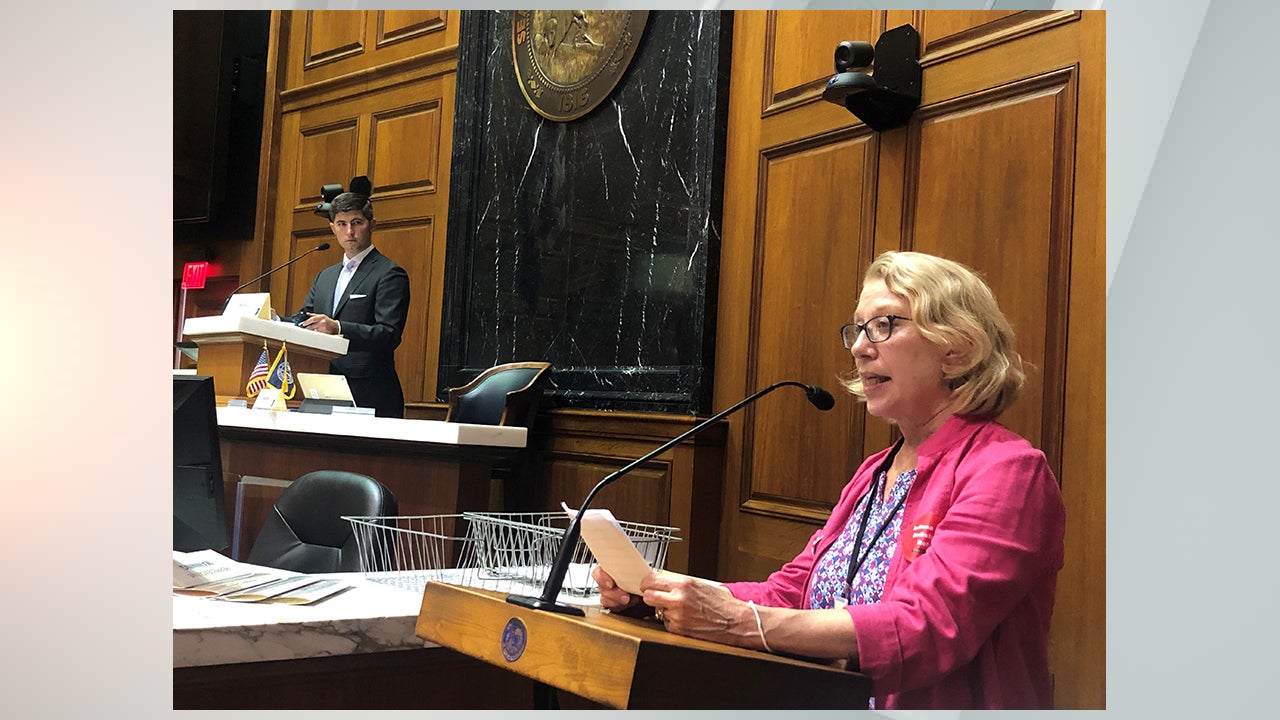 Soon, the bipartisan panel will cap its work by drafting new voting maps for Indiana’s nine U.S. House seats and 150 state legislative districts based on the latest census data.

Despite all that work and its official-sounding name, the commission created by a coalition of advocacy groups has no official role in Indiana’s redistricting process. The actual line-drawing is being done by the Republican-led Legislature, which could ignore the commission entirely and use its overwhelming majorities to create districts that help the GOP continue to win elections for years to come.

Rather than amounting to a mere exercise in futility, advocates for redistricting reform hope the Indiana commission and similar efforts elsewhere can draw public attention to partisan gerrymandering and pressure the real mapmakers to temper their political inclinations. If that doesn’t work, they hope their alternative maps ultimately could be implemented by judges resolving redistricting lawsuits.

“We think our process will produce better maps — maps that better serve the interests of voters and communities,” said Julia Vaughn, executive director of Common Cause Indiana, which helped form the citizens commission.

The once-a-decade redistricting process has ramped up with the recent release of 2020 census data showing how populations have changed in neighborhoods, cities and counties since 2010. U.S. House and state legislative districts must be redrawn to rebalance their populations. But mapmakers can create an advantage for their political party in future elections by packing opponents’ voters into a few districts or spreading them thin among multiple districts — a process known as gerrymandering.

Redistricting can have significant consequences. Republicans need to net just five seats in 2022 to flip control of the U.S. House. After the 2010 census, Republicans who wielded mapmaking power in more states than Democrats used their ensuing edge in state capitols to reduce taxes, restrict abortion and pare back union bargaining powers.

Some redistricting reform advocates believe states can cut down on gerrymandering by shifting the task to independent commissions. Since the last redistricting, voters in Colorado, Michigan, New York, Utah and Virginia have created redistricting commissions — nearly doubling the number of states with them.

Ohio voters approved constitutional amendments that will require majority Republican lawmakers and executive officials to gain support from minority Democrats for new maps to last a full decade. But that didn’t go far enough for some advocacy groups.

A coalition of left-leaning organizations formed the Ohio Citizens’ Redistricting Commission, which launched a website, held public hearings and plans to draft maps that prioritize opportunities for minority voters and competitive races. Republicans currently hold a 12-4 advantage in Ohio’s U.S. House seats and overwhelming majorities in both legislative chambers.

“This commission is modeling what we believe the official process should have done,” said Jeniece Brock, vice-chair of the citizens commission and advocacy director for the nonprofit Ohio Organizing Collaborative.

State Senate President Matt Huffman, a Republican, said earlier this month that he was unfamiliar with the citizens commission. Huffman is a member of the official Ohio Redistricting Commission, which held its own series of public hearings last week about new state House and Senate districts.

When the Indiana citizens commission hosted its hearings, retired software developer Rob Albrecht-Mallinger was eager to testify about his belief that Indiana’s districts have stifled competition between political parties — resulting in primaries in which candidates try to appeal to fringe voters.

“We’ve got the technology of slicing and dicing voters down so well that you can have the appearance of compact reasonable lines,” Albrecht-Mallinger told The Associated Press. “Yet you are really tricking everybody into making the primaries one-party partisanship contests, rather than an open election where both parties actually have to appeal to the most number of people.”

Republicans held a consistent partisan advantage in Indiana’s congressional and state House elections this past decade, according to an AP analysis that identified states where parties won more seats than expected based on their percentage of votes. Albrecht-Mallinger lives in the state’s northwestern 1st Congressional District, a Democratic-held seat that will have to expand geographically because the census showed it is nearly 22,000 residents short of the new population target.

State Rep. Tim Wesco, the Republican chair of the House redistricting committee, didn’t directly address an AP question about the extent to which his panel will weigh the recommendations of the citizens commission. But he said in an email that his committee will “consider all feedback” and added that “many citizens shared insightful information” during its hearings.

Dan Vicuna, national redistricting manager for Common Cause, said there are efforts underway across the country “trying to shame the legislature into doing the right thing.”

But if lawmakers don’t adopt citizens’ redistricting suggestions, “we think it could be more powerful to judges, who have less of a partisan stake in how these districts are drawn,” Vicuna said.

Though redistricting commissions are viewed by some as a way to reduce partisanship, that has not always been the case in states that have formally adopted them.

In Missouri, a bipartisan commission responsible for redrawing state House districts deadlocked repeatedly this month over who should be chair. Virginia’s new bipartisan commission couldn’t agree on a single consultant to help draft maps. Arizona’s commission was criticized in May by Democrats for hiring consultants who they asserted had aligned with Republicans and disfavored Latino communities. And a recent decision by Michigan commissioners to hire a law firm that defended Republican-drawn maps elsewhere was denounced by Voters Not Politicians, the group that sponsored the ballot initiative creating the commission.

Faced with legislatures controlled by opposing political parties, Republican Gov. Larry Hogan of Maryland and Democratic Gov. Tony Evers of Wisconsin each formed their own citizens commissions to make recommendations to lawmakers responsible for redistricting. Maryland’s Democratic-dominated U.S. House districts and Wisconsin’s largely Republican state Assembly districts often are cited as some of the most gerrymandered nationally.

But lawmakers in those states are under no legal obligation to heed the commissions’ recommendations.

When the Wisconsin panel was announced, Assembly Speaker Robin Vos, a Republican, criticized it as a “fake, phony, partisan process.” But Vos recently told the AP in an email that the Legislature is open to suggestions from anyone, “and if the Governor or his commission submit a plan, we will take a close look at it.”

Maryland’s top lawmakers appointed themselves to a separate advisory commission that will hold a dozen meetings. Senate President Bill Ferguson, a Democrat, said voters “instilled their trust in this institution” to conduct redistricting.

Howard Community College President Kathleen Hetherington, an independent voter who is co-chair of the citizens commission created by the governor, said she hopes lawmakers will embrace the panel’s recommendations for new maps.

“What we’ve heard so far from Marylanders is that they want districts that are compact instead of looking like flying dragons or ketchup spills,” she said. “And they also want districts that avoid breaking up counties into a lot of little pieces where that isn’t necessary.”

All Indiana Bets / 1 min ago