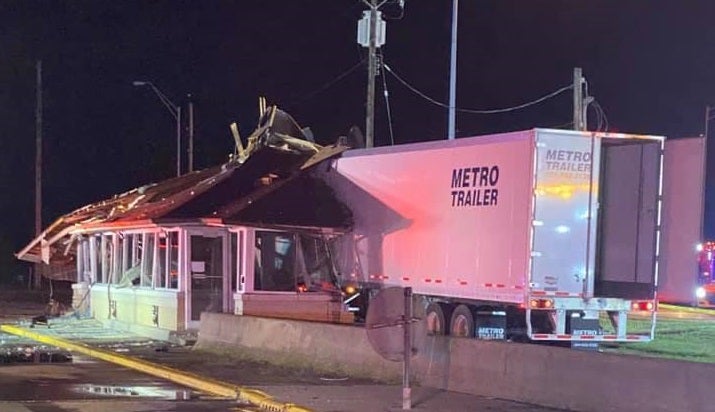 Police say 63-year-old James Bristol, of Jefferson City, Tennessee, was traveling westbound on I-74 at the 171 mile marker around 5 a.m. That is near the Indiana/Ohio border.

Two tow trucks pulled the truck away from the building to get to Bristol. He was pronounced dead when he was located and the building was destroyed.

Investigators believe a medical issue may have contributed to the crash. Drugs and alcohol are not suspected to be factors.

The crash is still under investigation.