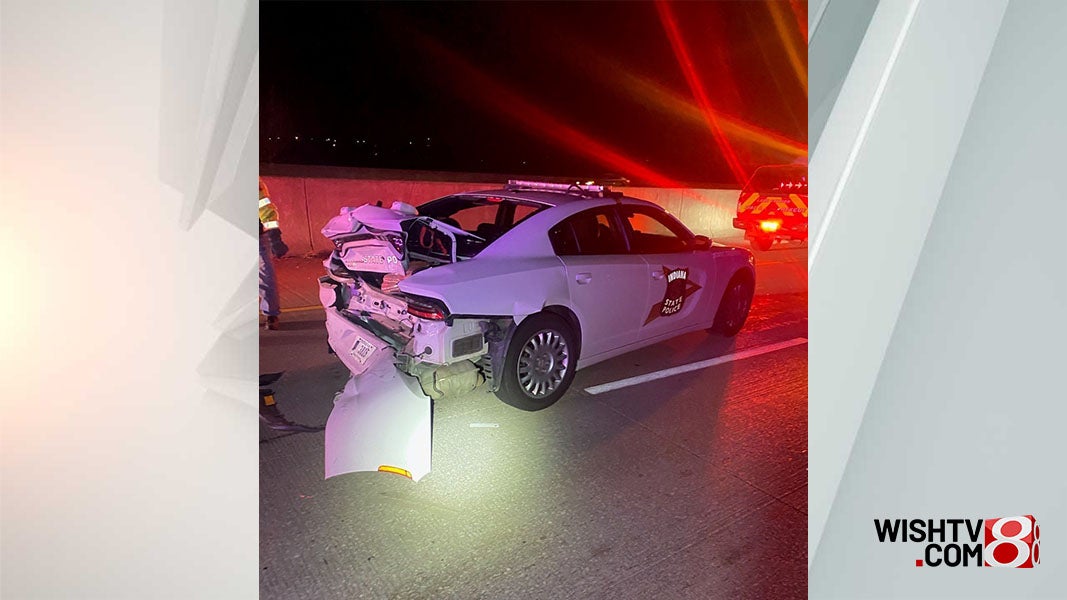 LOWELL, Ind. (WISH) — An Indiana state trooper was transported to a Lake County hospital Wednesday night after a driver on Interstate 80 crashed into the back of his patrol car, police said.

At around 11:15 p.m., Trooper Riley Hieb was sitting inside his police car, which was parked in the left lane of eastbound I-80 near the exit for southbound I-65, according to Indiana State Police.

There had been an earlier accident involving two vehicles and Hieb was helping direct traffic. The lights on his patrol car were activated, ISP says.

Hieb and Huizar-Hernandez were transported to a Gary hospital with non-life-threatening injuries.

Investigators were still looking into what happened but do not believe alcohol was a factor in the crash.

Thursday’s crash marked the eighth time this year a vehicle from the state police post in Lowell has been hit while its emergency lights were on, state police say.

“Please remember to slow down and/or change lanes when you see emergency lighting,” Lt. Terry Gose, commander of the Lowell Post, said in a statement. “The safety of our troopers and the public is of utmost concern.  Just one of these crashes is unacceptable, let alone eight.”