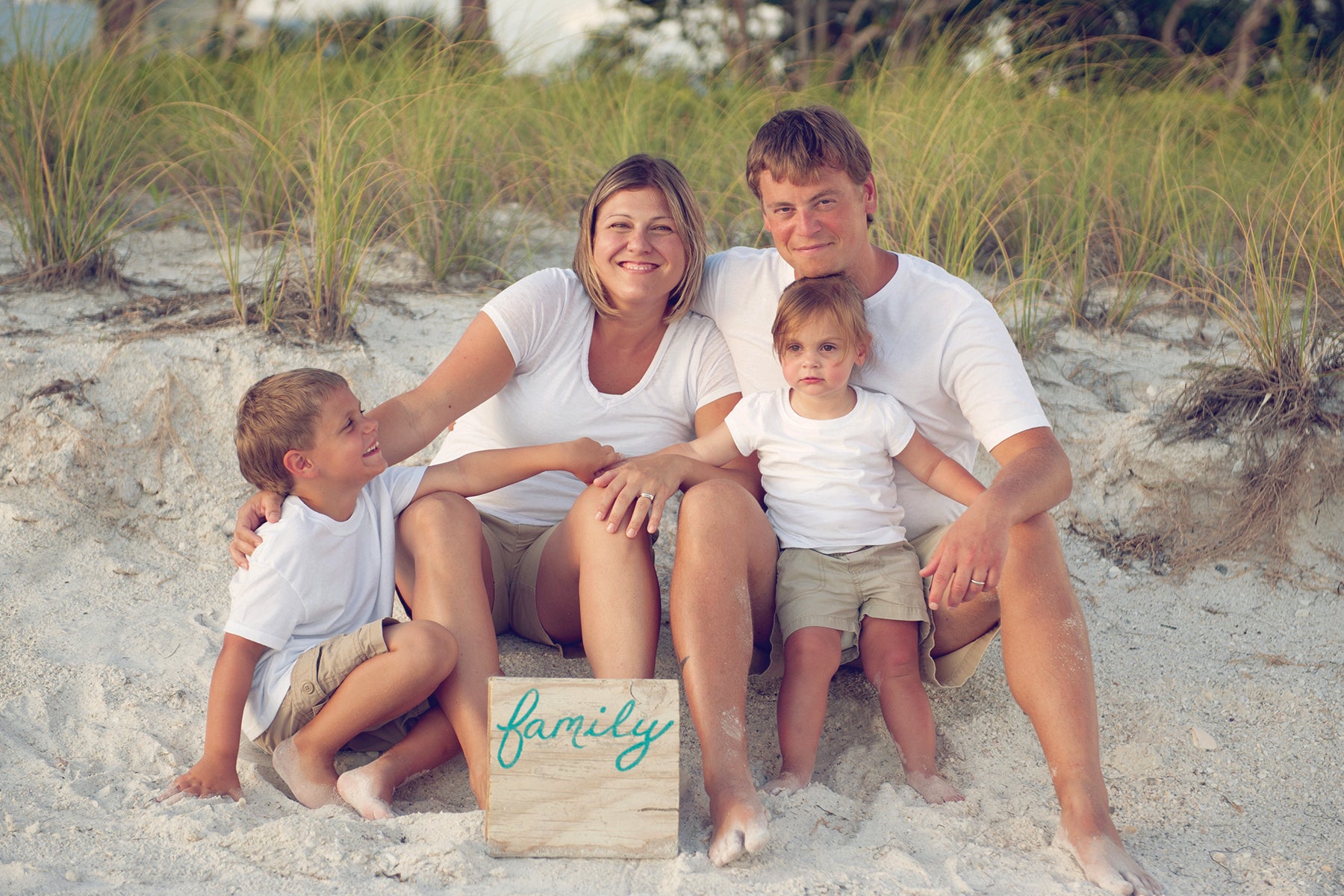 INDIANAPOLIS (WISH) — Every day in the United States, at least nine people die and 100 people are injured in distracted driving crashes.

“We have seen a certain side of hell in life that nobody should have to,” said Jordan Scherer.

The Scherer family was traveling north on Interstate 75 in Florida on Sept. 15, 2016, when tragedy struck.

“We lived in a suburb of Tampa called Riverview,” Brooke Scherer said. “We had pulled up to what we learned later was a 3-mile backup to a crash that was ahead.”

Jordan, Brooke’s husband, was driving, and Brooke was in the passenger seat. In the back were their two children, 5-year-old Mallory and 9-year-old Logan.

“We had just stopped, and I remember telling him there was an accident ahead and I don’t think I finished my sentence. I remember hearing a loud noise,” Brooke said.

That loud noise was the driver behind them slamming into the back of their vehicle.

“The next thing I knew, I was awake, I could smell burning,” she said.

Jordan was slumped over the wheel but breathing, and Mallory was screaming in the back seat.

“I remember walking around the car, and people had gotten Logan out of the car as they were giving him CPR; he was blue,” she said. “And the last image I have of my son was him laying under a yellow tarp on the side of the road.”

State police estimated the driver of the other vehicle was traveling more than 100 mph.

“He doesn’t even turn his wheels. The photos show the wheels of his vehicles are straight into the back of our car,” Jordan said.

The couple said he never stopped because he was looking at his phone.

“There were absolutely no aversive measures taken because he’s buried in his device,” Jordan said.

After the crash the family moved back home to Indiana and started the Living for Logan Foundation. The nonprofit foundation is aimed at educating people about the dangers of distracted driving.

“We work to prevent them from ever having to know what it’s like to walk in our shoes,” Brooke said.

They talk at schools and work with lawmakers on changing legislation — first in Florida and now in Indiana where it’s currently against the law to text while driving.

Now they are urging lawmakers to toughen the laws.

“We would like to see a positive hands-free bill put up soon,” Jordan said.

Until then, the Scherers will continue to work to inform people about the dangers of distracted driving.

“What happened to us and what happened to Logan was completely avoidable and then it becomes ‘this did not need to happen,’ ‘this never should’ve happened,'” Jordan said.

The couple’s daughter Mallory is physically doing well but desperately misses her brother.

On a happier note, the family will be growing later this year. Brooke is pregnant with a baby girl.