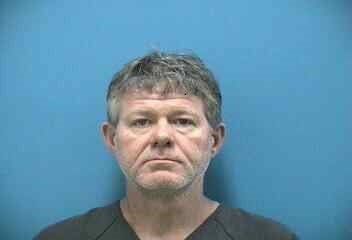 FULTON COUNTY, Ind. (WLFI) – DNA evidence has led to the arrest of a Florida man in connection to an 18-year-old cold case in Fulton County, Indiana.

About an hour and forty minutes after the bank robbery, investigators received information that Kewanna resident 69-year-old Lawrence Pfeifer was found shot to death in his home – which was one mile from the bank.

Investigators determined Pfeifer’s red 1988 Chevrolet Corsica was used during the bank robbery. They determined the robber used that car during the incident, then returned to Pfeifer’s home and escaped in a different vehicle.

Findings in the autopsy results ruled Pfeifer’s death a homicide. Despite efforts by Indiana State Police and the Fulton County Sheriff’s Office, the case went cold.

Evidence which had been collected during the initial phase of the investigations was submitted to an Indiana State Police Laboratory for DNA analysis. The results were entered into the Combined DNA Index System, or CODIS.

Upon further investigation, it was revealed Stinemetz has family ties to northern Indiana. Combined with the new DNA evidence and previous evidence gathered during the investigation, detectives developed enough probable cause to obtain an arrest warrant for Stinemetz.