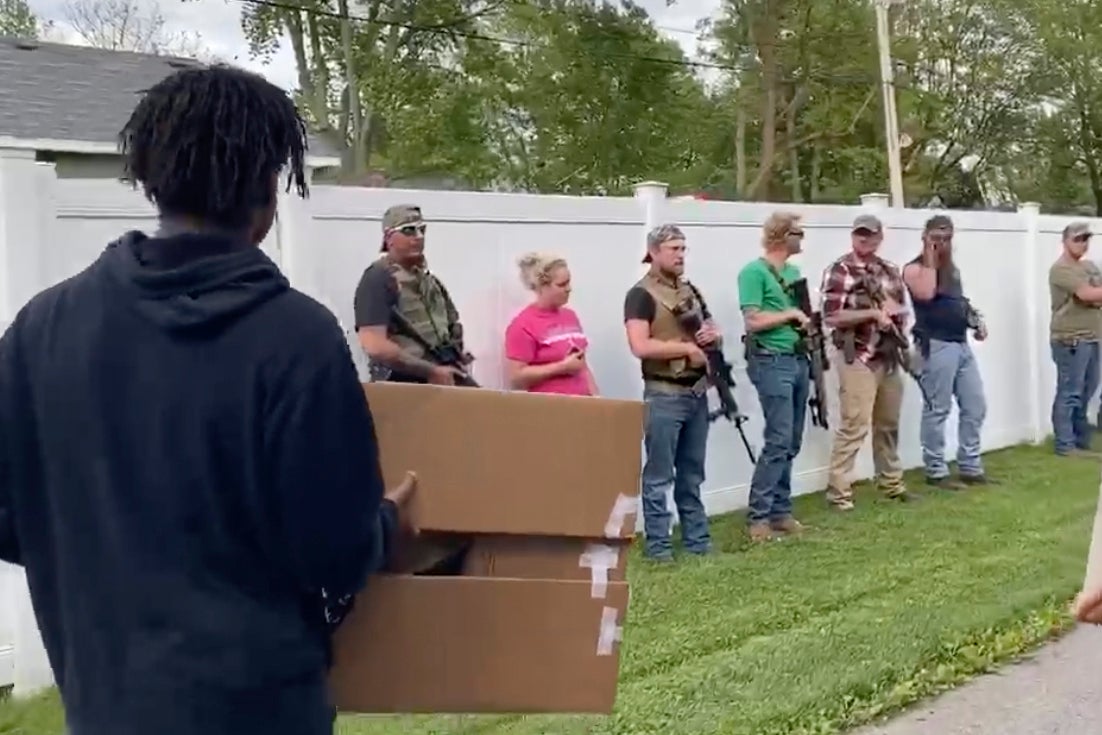 (AP) — Protesters in a northwest Indiana city who took to the streets to condemn racism and police killings of black people encountered bystanders who were holding rifles during the demonstration.

A video that circulated on social media shows 21 people standing along a bike trail near downtown Crown Point, Indiana, watching protesters march past them Monday during a peaceful protest against police brutality and racism.

The Lake County city is about 100 miles northwest of Indianapolis.