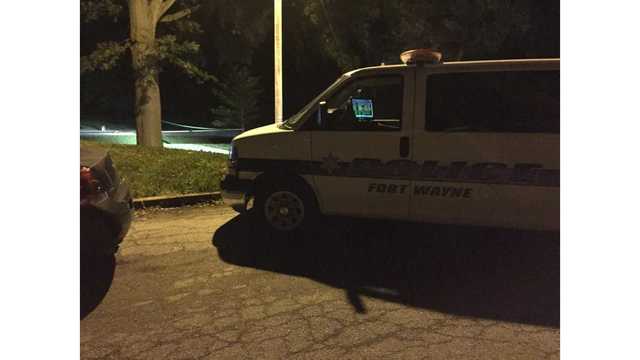 FORT WAYNE, Ind. (WANE) – The Fort Wayne Police Department is mourning the loss of one of its own.

Officers were alerted to a vehicle that matched the description of a stolen car and tried to make a traffic stop. The suspect took off in the vehicle and tried to run from police, according to officials.

The man drove about a mile west to the Candlelite Apartment Complex, just south of Fairfield Avenue and Airport Expressway.

Police said the suspect drove to the back part of the complex before jumping a curb, going down an embankment and driving onto the Rivergreenway along the St. Mary’s River.

Officers pursued the man and he eventually crashed into a wooded area along the trail. Police then took the man into custody.

The officer who died had walked down the trail to assist other officers as they made the arrest. Police officials said he was walking back to his car along the trail when he suddenly collapsed.

He was taken to St. Joseph Hospital where doctors pronounced him dead a short time later.

Dozens of officers with the Fort Wayne Police Department gathered at the hospital to console each other and the family of the officer who died.

His identity has not been released at this time as officials work to notify his family.