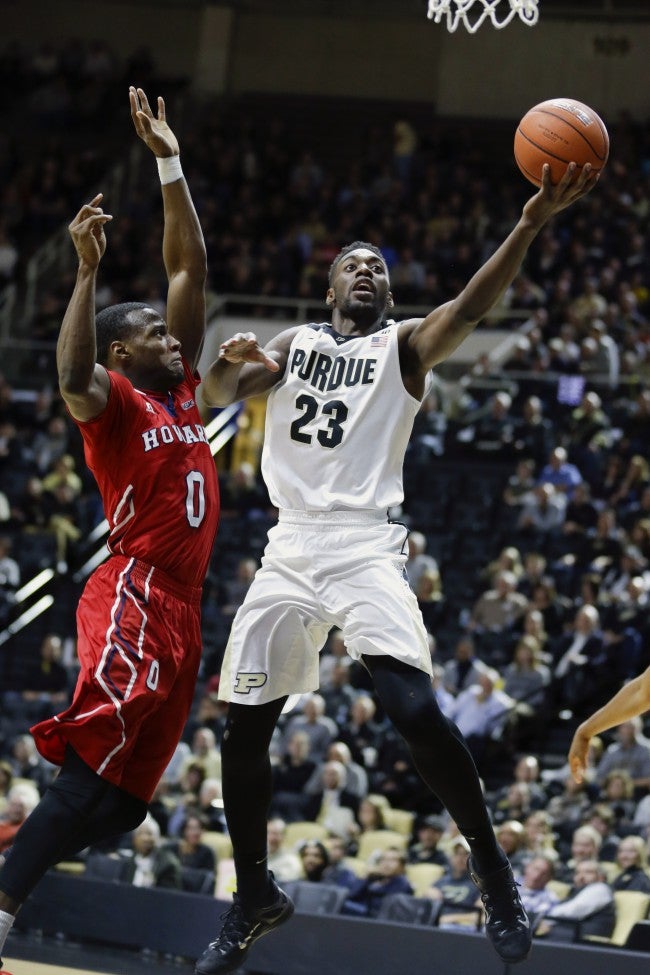 WEST LAFAYETTE, Ind. (AP) – Freshman Caleb Swanigan scored 11 of his 19 points during a blistering 56-point first half, and No. 11 Purdue beat short-handed Howard 93-55 on Wednesday night.

Swanigan also had 12 rebounds as the Boilermakers improved to 10-0 for the first time since winning their first 14 games in 2009-10.

The visiting Bison (6-4) lost for just the second time in eight games while playing without Division I scoring leader James “J-Byrd” Daniel, who has a toe injury.

Kendall Stephens added 14 points to Purdue’s balanced attack, and Rapheal Davis had 10. Purdue had assists on 28 of its 34 field goals.

Dalique Mingo led Howard with 14 points, and Marcel Boyd added 12 before fouling out.

During its most complete first half of the season, Purdue shot 58 percent from the field (21 of 36), including 7 of 14 from beyond the arc. The Boilermakers had 18 assists and no turnovers in the first 20 minutes, including a career-high five from point guard P.J. Thompson, who ended up with nine assists.

Howard: The Bison were playing their third game in six days, all away from home. … The injured Daniel is averaging 28.4 points per game and ranks third nationally in steals per game at 3.38. … Howard came to Purdue averaging 80.7 points and allowing 73.0.

Purdue: Davis, a senior guard, returned after missing four games with a sprained knee. He is the reigning Big Ten defensive player of the year. … Purdue has won every game by at least 12 points and entered Wednesday’s game leading the Big Ten in scoring margin at 23.9 points.