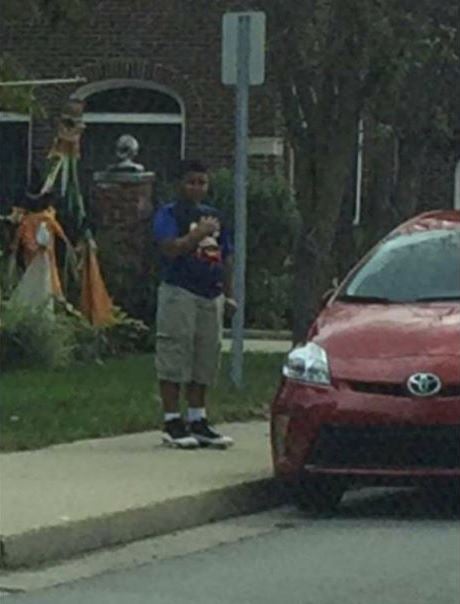 FORT WAYNE, Ind. (WANE) As the funeral procession for Captain Eric Balliet rolled through the streets of Fort Wayne Wednesday afternoon a young man stood with his hand on his heart in a silent show of respect for the fallen firefighter.

The boy’s identity is unknown.

He was standing along St. Joseph Blvd. Witnesses said he stopped and never moved for the entire procession. He wasn’t prompted by anyone. A solitary symbol of respect for a firefighter who died in the line of duty.

There were many people who stood alongside the road to pay their respects for Captain Balliet. And their kindness was noted by firefighters, police, family and friends of Captain Balliet. But apparently the image of a lone young man stopping what he was doing and putting his hand on his heart and then stoically watching as the miles long procession went by, struck a chord.

A viewer snapped a quick grainy photo and sent it to 24-Hour News 8’s sister station WANE. Several of our staff felt it was remarkable. And even though it wasn’t a lead story, it was certainly a story worth sharing.