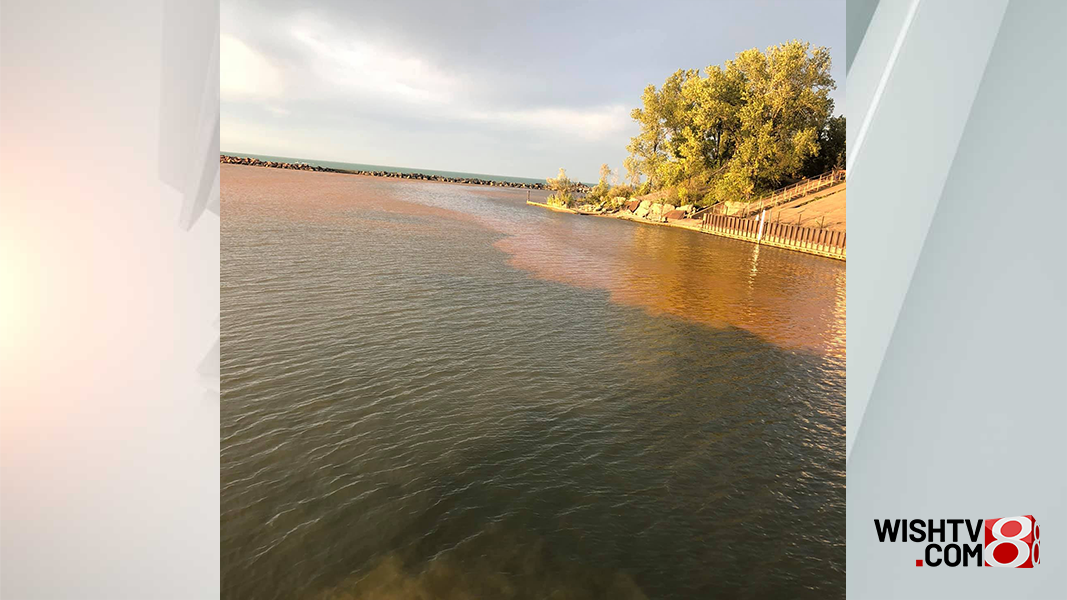 PORTAGE, Ind. (WISH/AP) — A northwest Indiana U.S. Steel plant and nearby beaches have temporarily closed following the leak of an “orange substance” into Lake Michigan.

U.S. Steel Midwest spokeswoman Amanda Malkowsk says that operations have been idled at the Portage plant as a precaution “after experiencing an upset condition with the finishing line wastewater treatment plant.”

According to The Associated Press, initial indicated showed higher than normal suspended solids in the water.

U.S. Steel said later that the discharge including elevated levels of iron, leading to the orange plume that entered a Lake Michigan tributary. The company didn’t indicate what concentrations of iron were detected in the discharge, and it was not immediately clear if the release posed a threat to public health, the environment or wildlife.

Photos taken by Danny Lunn, who works for the city’s marina, and shared Monday with News 8 show the lake turning orange.

As a result of the spill, Indiana Dunes National Park has closed all its beaches and American Water shut down an intake facility.

Although the beaches at the park are closed, hiking trails remain open, Indiana Dunes said in a Facebook post.