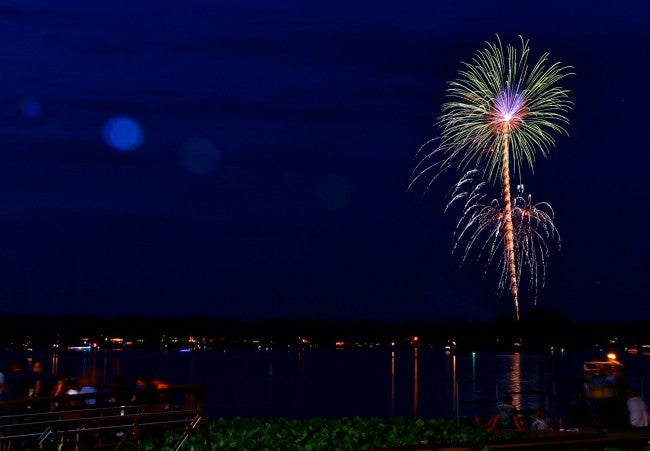 HAMMOND, Ind. (AP) – Indiana’s more lenient fireworks regulations can mean a Fourth of July boon in business for Lake County, which borders Illinois, according to experts.

Most consumer fireworks are banned in Illinois. But over the border, 100 businesses are licensed to sell fireworks in northwest Indiana and they’re mostly concentrated near the border in Lake County, the Indiana Department of Homeland Security said. Fireworks store owners in northwest Indiana estimate that half to 80 percent of their business comes from Illinois, The (Munster) Times reported.

And some of those stores employ at least a dozen seasonal workers, leading to a decline in unemployment in the area during the summer.

“While the fireworks season can reduce local unemployment during the summer, we often see an even larger economic boom from what could be called ‘fireworks tourism,'” said Micah Pollak, an assistant professor of economics at Indiana University Northwest. “The third largest city in the United States (Chicago) lies only a few miles from Northwest Indiana, and Illinois is one of a handful of states that imposes strict restrictions on the types of fireworks that can be purchased and set off. The only fireworks that can be legally purchased and set off in Illinois are basic novelty fireworks like sparklers while larger fireworks, even bottle rockets, are not allowed.”

Other businesses in the area also benefit since Illinois residents who travel to Indiana for fireworks may also stop to grab food or purchase other items under the state’s lower sales tax.

“This ‘fireworks tourism’ traffic brings in more business for fireworks stores but also for restaurants, other attractions and retail stores in the region and provides a boost in sales tax revenue,” Pollak said. “Fireworks stands may get visitors from Illinois ‘in the door’ to spend time and money at other businesses in the region.”

Consumer fireworks revenue has been booming nationwide, increasing from $284 million in 1998 to $695 million in 2014, according to the American Pyrotechnics Association.

Although sales tapered off some during the Great Recession, they have bounced back and people are spending an average of $400 or $50, compared to about $100 several years ago, said John Panchisin, owner of Johnny Rockets in Highland.