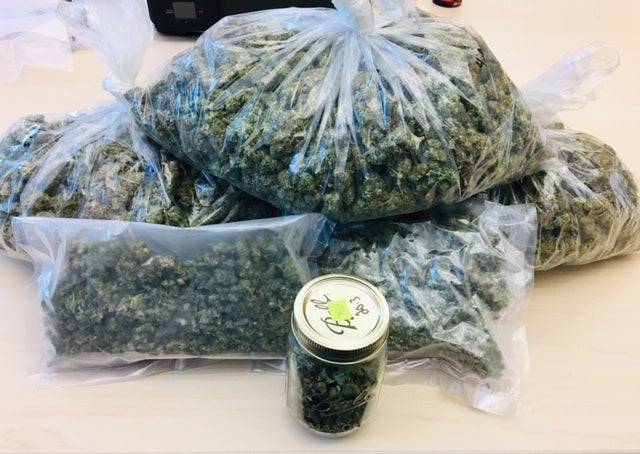 ELKHART, Ind. (WISH) — Indiana State Police arrested an Indiana man after more than three pounds of marijuana were found in his car during a traffic stop.

A trooper stopped Matthew Luger, 23, of Granger, in a black 2011 Toyoto Camry around 1:15 a.m. Friday for a moving violation on the Indiana toll Road near mile marker 94 just east of Elkhart.

The trooper initially found a small glass jar containing marijuana in the vehicle. Nearly three and a half pounds of marijuana in several plastic bags were also found after a thorough search of the car.

Luger was arrested for preliminary drug charges and booked into the Elkhart County Jail.