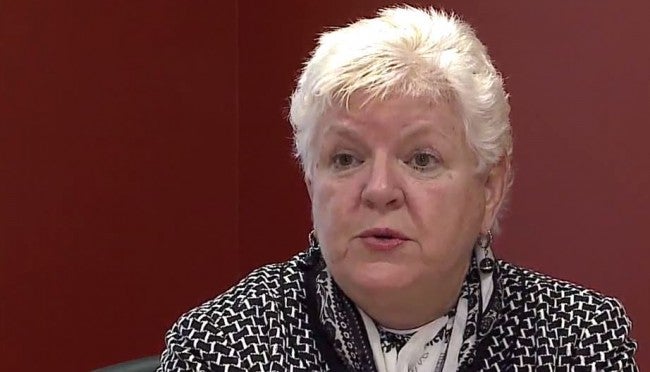 Dr. Barbara Ihrke is the head of Indiana Weslyan University’s nursing school in Marion. She was in Haiti last month teaching when she contracted the virus.

She spoke to 24-Hour News 8 Wednesday, a day after officials announced the state’s first confirmed case of Zika virus.

“I really never expected it,” Ihrke said of the diagnosis.

She was told Wednesday shortly before the rest of the state found out.

She said she initially diagnosed herself.

According to the Centers for Disease Control and Prevention (CDC), the mosquito-born virus causes flu-like symptoms, but only in a small amount of those who are bitten.

Ihrke had all of the symptoms.

She said it started with a headache and joint pain.

“On Thursday the 28th of January, I had rash that came all over from my face and legs, my arms [and] my trunk,” she explained

She said she was never afraid or concerned.

Officials say Zika virus primarily affects pregnant women or women who may become pregnant due to the possibility for birth defects.

Despite contracting the virus, she said she would do the trip over again.

“I had malaria when I worked in Africa, and malaria is a lot worse,” she explained.

Ihrke said she followed the CDC’s guidelines for protecting yourself against Zike virus, including using DEET, but she says she likely missed a spot.

Some students from her travel program are still in Haiti.