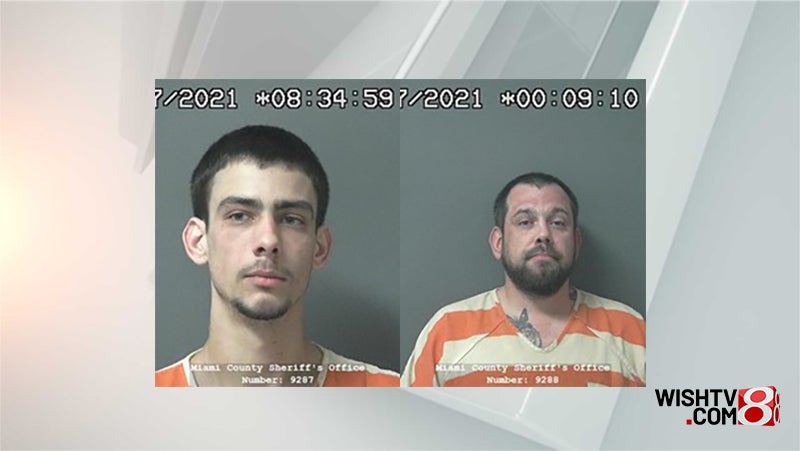 Indiana State Police and the Miami County Sheriff’s Office were called to the 1200 block of N. Paw Paw Pike around 10:30 p.m. on Sunday. Troopers and deputies were advised that they were dispatched for a custody issue involving an intoxicated man making threats to shoot people inside a home.

An ISP trooper arrived to find two deputies on the ground trying to place handcuffs on 41-year-old James Gilland. The trooper said he witnessed Gilland’s son, 21-year-old Kyle Gilland, punch the deputies in the face.

The trooper attempted to use a stungun on Kyle Gilland, but the probes became disenaged.

At that point, troopers say both father and son attempted to flee the scene in a vehicle. They were arrested at gunpoint.

Caged transport vehicles were brought to the scene. ISP says Kyle Gilland refused to get in, telling them he is a “three-time black belt and that his hands are registered weapons.”

ISP says no guns were located at the scene.