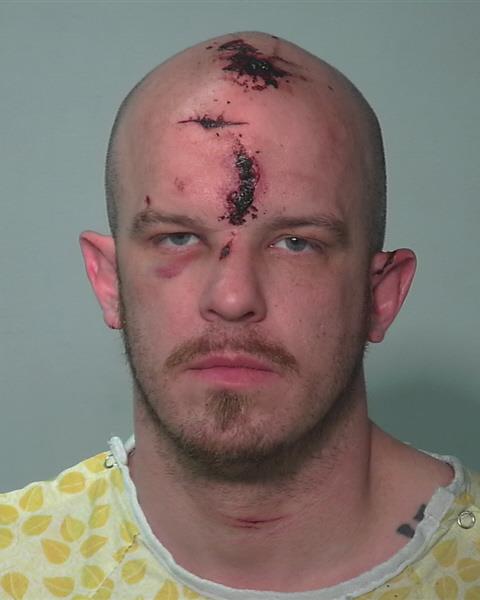 FORT WAYNE, Ind. (WANE) — The Fort Wayne man who police said broke into a home, stabbed two people, then lit part of the home on fire during an incident that left a Fort Wayne police officer in a medically induced coma has been formally charged with a slew of felonies.

According to police, Pease went to a home at the corner of St. Mary’s and Margaret Avenue early Saturday morning, broke through a glass door and threatened to kill his former girlfriend. In the process, he stabbed two people.

As police responded, Pease reportedly heard the sirens of the squad cars and threatened to set the house ablaze. At that point, police said he locked himself in an upstairs bedroom and lit a fire.

As flames rose, Pease yelled out that he had a hostage, which turned out to be untrue.

Fort Wayne Police Officer Boyce Ballenger and two other officers pushed through the home and pulled one victim out before moving on to Pease. Fort Wayne Public Safety Director Rusty York said the officers responded in the smoke-filled environment due to the “exigent circumstances.”

“They kicked the door down, again it was on fire inside, and we’re able to subdue him I believe they tased him and were able to get him out.

“The ideal response would be to allow fire who have the equipment and the training to enter into smoke-filled environments you let them do it but I mean these were exigent circumstances.”

Ballinger was taken away from the scene in serious condition, suffering from smoke inhalation. Police spokesman Michael Joyner told WISH-TV’s sister station WANE he was in a medically induced coma.

Pease, meanwhile, was listed in critical condition, a result of smoke inhalation, a self-inflicted stab wound and an injury to his head, inflicted by a victim. A mugshot released by police showed him with severe wounds to his face and head.