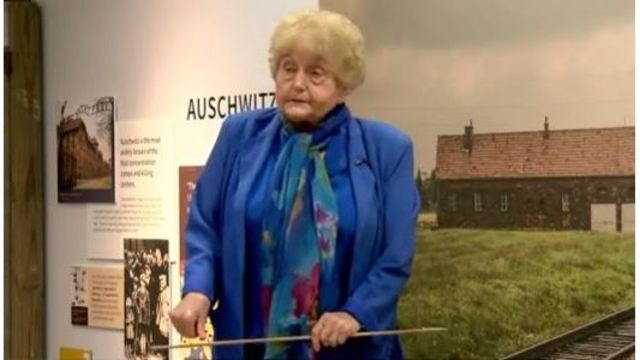 Kor died Thursday while in Krakow, Poland, for an annual educational trip, according to the CANDLES Holocaust Museum and Education Center in Terre Haute. The founder of the center was 85.

Kor was a Jewish native of Romania who was sent in 1944 to the Auschwitz concentration camp in Poland, where most of her family was killed. She and her twin sister survived but were subjected to inhumane medical experiments.

The first memorial service will be at 2 p.m. Aug. 4 at Tilson Music Hall on the Indiana State University campus.

The second memorial service will be at 2 p.m. Sunday, Aug. 18, at Clowes Hall at Butler State University in Indianapolis.

DeBaun Funeral Home in Terre Haute, is in charge of funeral arrangements. Visitation will be from 4-8 p.m. Saturday. The funeral will be at 10 a.m. Sunday followed by interment at Highland Lawn Cemetery at 11:30 a.m.

Due to limited seating, the family encouraged the public to attend one of the two memorial services instead of the funeral so the funeral home can comfortably accommodate family and close friends.

In lieu of flowers, the family requested donations be made to the CANDLES Eva Kor Legacy Education Fund and the WFYI/Ted Green Films “Eva” Education Program.