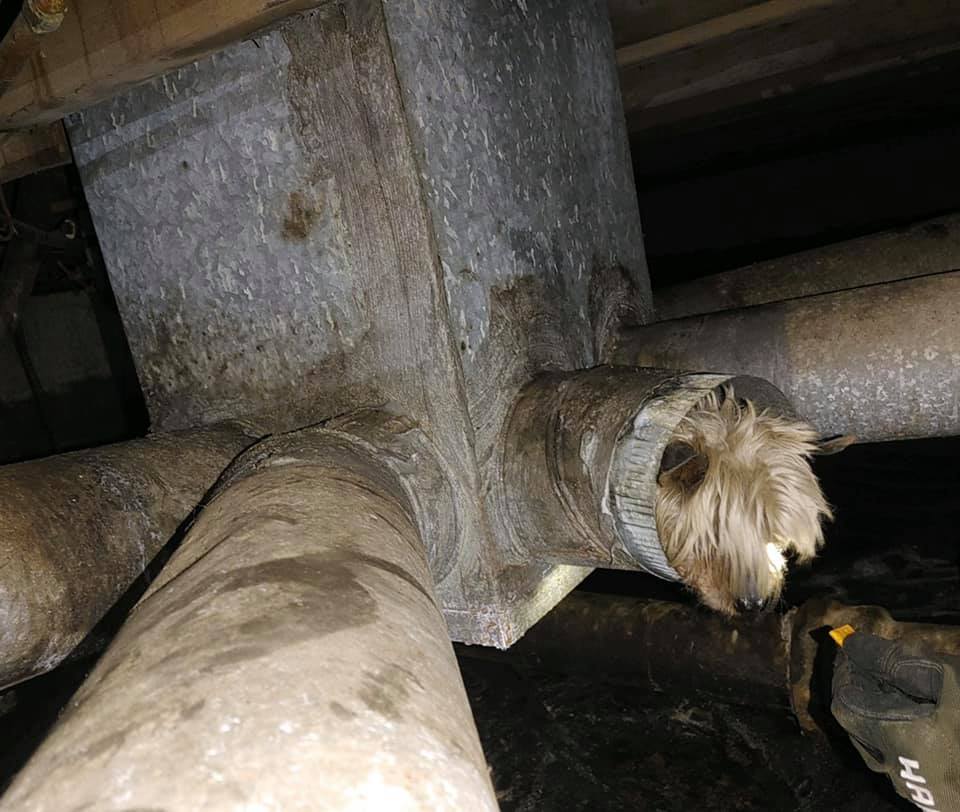 Crew members were called to a home in the 2300 block of East Market Street on Tuesday morning after a puppy got stuck in an air duct.

Photos posted to the department’s Facebook page showed a small gray puppy stuck in the air duct in the crawl space of the home. The puppy’s head was seen sticking out of a piping section.

“Firefighters had to enter into the crawl space of the home to dismantle the piping and remove the stuck pup,” the department said online. “We are happy to report that the puppy and her owner were reunited in no time.”

The puppy’s rescue was the second pet rescue for the department on Tuesday. Earlier in the day crews were called to a home on East 11th Street to rescue a cat from the roof of a house.

“Sometimes it isn’t a fire, or an auto accident, or even a medical call that we respond to, sometimes it’s someone’s fur baby that needs the assistance of a our firefighters,” the department said.