Owen Co. home where 82 dogs were rescued will be demolished 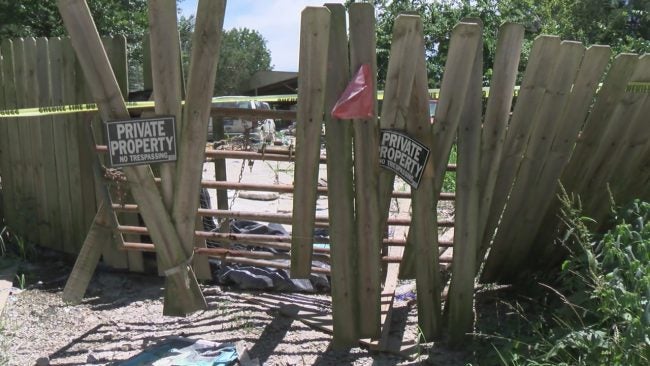 OWEN COUNTY, Ind. (WISH) – An Owen County judge has granted a motion to demolish the home where officials found more than 80 dogs living in filth.

Police said the malnourished dogs lived on the property with thousands of rats.

County health workers said the home is unfit for humans. The gate is surrounded by yellow tape and a sign from the health department warns people to keep out.

The Owen County Humane Society and the Owen County Sheriff’s Department removed the dogs in May. The homeowner, Paul Purcell, also helped.

After the dogs were seized, Sheriff Leonard Hobbs said his team was building a case against Purcell. He has not yet been charged.

Hobbs and Prosecutor Donald VanDerMoere didn’t respond Thursday to multiple requests for updates on the case from 24-Hour News 8.

“We want to make sure we get the best details we can so everything is down and noted so that we have all the evidence we need,” Franke said.

Franke said the humane society is now looking for foster homes for 8 of the 82 dogs rescued from the home. The dogs all survived and they’re all recovering, Franke said.

Shelter workers said they found the dogs malnourished and suffering from fleas, ticks and other skin issues.

Other local shelters picked up dozens of the dogs. Of the nine remaining at the shelter, only one hasn’t been spayed or neutered yet.