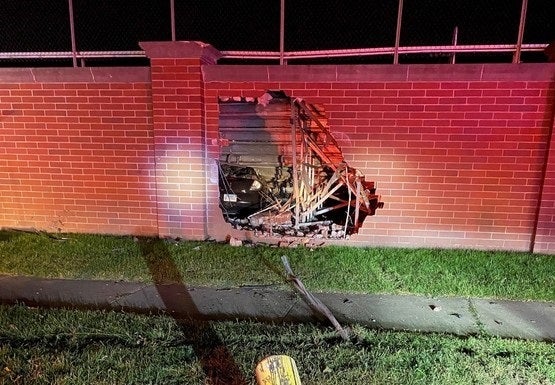 ISP is investigating the crash on behalf of the Michigan City Police Department. The deceased has been identified as 18-year-old Grant Grable of Bourbonnias, Ill.

According to investigators, Michigan City officers tried to pull over Grable for driving the wrong direction on Michigan Boulevard. Police say Grable refused to pull over and a low-speed pursuit began.

Police say Grable began driving more quickly while headed south on Washington Street, failed to stop at an intersection and then struck concrete pillars outside of Ames Field.

After hitting the pillars, police say the vehicle became airborne, crashed through a brick wall and landed underneath the facility’s bleachers.

Grable was extricated from the vehicle but pronounced dead on the scene.

ISP has not said if drugs or alcohol were a factor in the crash.