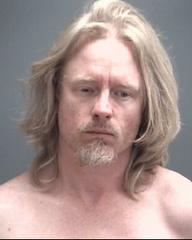 Gibson County Sheriff’s Department responded to a 911 call of someone being stranded in high water at CR 350 North around 8:50 p.m. on Sunday.

After arriving to the estimated location, between CR 700 West and CR 875 West, police called the White River/Hazelton Fire Department to assist in the search, because they encountered trouble finding the stranded motorist.

A water rescue hovercraft was deployed, and officials reported finding the driver and a passenger one mile west of CR 700 West over three hours into the rescue operation, around midnight.

Upon rescue, the driver, Garry Jackson, 38, of Princeton, was arrested for criminal recklessness and transported to the Gibson County Jail.

After an investigative search, police found paraphernalia with burnt residue inside the car.

The passenger, Drew Denbo, 19, of Princeton, was cited for possessing drug paraphernalia.