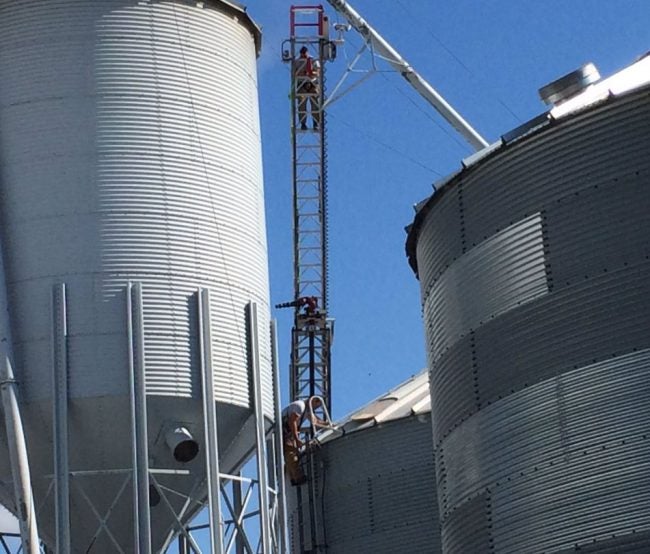 Rescue crews were called just after 9 a.m. to the area of Dawkins and Brobst roads, just west of the Indiana-Ohio state line, on a report that someone had fallen into a grain bin on the property.

Dispatchers could not provide further details.

At the scene, dozens of fire and rescue workers, including the Fort Wayne Fire Department’s special operation rescue team and EMS crews, gathered just outside the bin while others worked through a service door in its lower level. Just before 10 a.m., crews on ladders moved to the top of the bin to drop in.