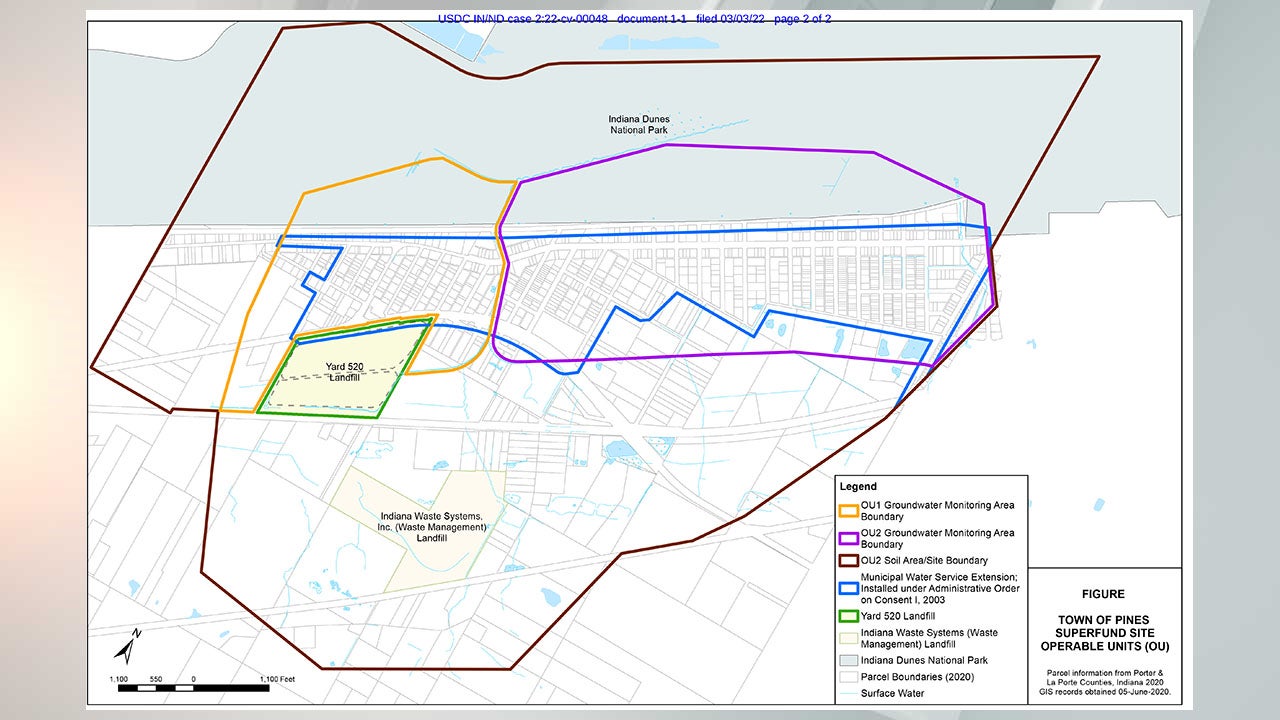 WASHINGTON (WISH) — A northern Indiana utility would spend nearly $12 million to clean soil contamination around homes in the Town of Pines, according to a settlement announced by the U.S. Department of Justice.

The Justice Department alleged Northern Indiana Public Service Co., known by the acronym NIPSCO, distributed coal ash from a power generation facility in the Town of Pines. The settlement agreement was filed this week in U.S. District Court of Northern Indiana. A 30-day comment period will happen before a judge rules on whether to accept the settlement.

“The soils contaminated by coal ash contain hazardous substances including arsenic, thallium and lead,” said a Justice Department news release on the settlement.

Town of Pines recorded 600 residents in the 2020 census, down about 100 people since 2010. The town sits next to Indiana Dunes National Park on Lake Michigan.

Indiana Attorney General Todd Rokita said in the release that the settlement would “reimburse taxpayers for public money spent during this lengthy process.”

The Environmental Protection Agency in May 2002 tested homes’ wells after Indiana Department of Environment Management had found the metals boron and molybdenum in drinking water. The contamination was believed to have come from the Yard 520 landfill where coal ash was used a fill material in the 1970s. The EPA determined NIPSCO, Brown Inc., Ddalt Corp., and Bulk Transport were responsible for the contamination.