Some not amused at portrayal of Ft. Wayne in ‘NBA 2K19’ 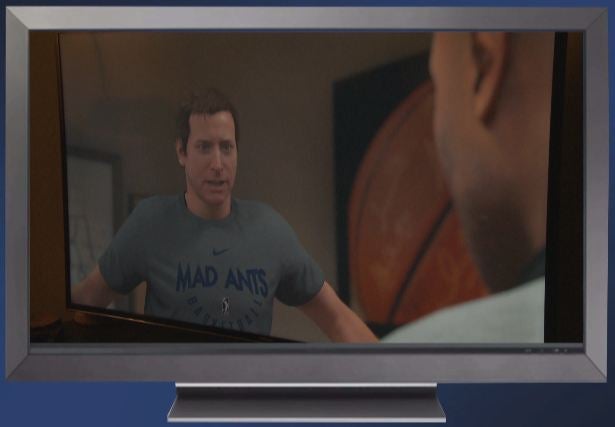 FORT WAYNE, Ind. (WANE) — Fort Wayne is getting worldwide attention on a popular new video game. NBA 2K19 features the Mad Ants basketball team in it, but doesn’t put the Summit City in the best light.

The game makes Fort Wayne sound like a terrible place to live, but it gives the city a ton of exposure. But considering that NBA 2K18 sold more than 10 million copies, that could be gearing the city up for a lot of bad publicity.

In 2K19’s MyCareer mode, your character has to move up the NBA ranks by starting as a player in the G-League with the Mad Ants.

Your new coach breaks down Fort Wayne for you by saying the summers and the winters are no fun. He continues by saying it’s no big city like Indianapolis.

“Let me tell you something about Indianapolis,” the coach said. “They think they’re so cool because they have restaurants, a mall, schools. We don’t need all that stuff in Fort Wayne. Thank you very much.”

He explained that they don’t really need those things because they’ve got basketball and a lot of Amish people.

“They drive real slow in those horse and buggies, I’ll tell you what,” he said. “But you know what they do? They make really great furniture, did you know that?”

“Fort Wayne has become recognized as a point of destination city to live, work and play,” Henry said. “We’re not sure how or why the video game chose to describe Fort Wayne in the manner in which they did.”

Mad Ants President Tim Bawmann said the organization is excited and honored by the feature.

“Let’s put this into perspective,” he said. “There are gamers across the world that are going to be playing this game who have never heard of Fort Wayne before. So now you’ve got kids in China, Japan, Australia, Brazil playing a video game that mentions the Fort Wayne Mad Ants. So it put us on the map.”

Bawmann said sometimes in life people just have to laugh at themselves. He believes the game is just poking fun.

He added that coaches and managers in the G-league have reached out to him to express their jealousy. The Mad Ants were selected as the featured team out of 27 teams in the league.