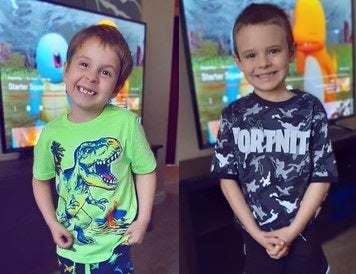 (WISH) – A statewide Silver Alert has been issued for two missing children, according to the Indiana State Police.

Police believe the children are with their 30-year-old father James Shaffer and are in danger.

Officers describe James Shaffer as a white male, 5’5″ tall and weighs 140 pounds who has brown hair and brown eyes.

The three are thought to be traveling in a 2003 to 2005 black Chevy Suburban with a possible Indiana license plate D349RX.

The children were last seen on May 29 at 11 a.m. and are missing from Bryan, Ohio.

Anyone with information on the whereabouts of the children should contact the Michigan State Police at 734-242-3500.

This article has been corrected to show police are searching for 30-year-old James Shaffer, not James Cruz as previously reported.