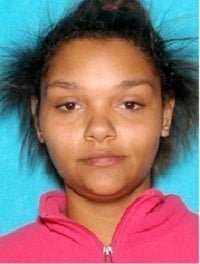 JEFFERSONVILLE, Ind. (WISH) – A Silver Alert has been issued for a missing 20-year-old woman, according to the Indiana State Police.

Brittany Davey has been missing from Jeffersonville, Indiana since Sunday, Nov. 8 at 3 a.m.

Davey is described as a black female, 5’4″ tall and weighing 216 pounds. She has brown hair and brown eyes.

At the time of her disappearance, Davey was wearing a black-hooded sweatshirt and black pajama pants.

She is believed to be in extreme danger and could be in need of medical attention.

Anyone with information on her whereabouts is asked to contact the Jeffersonville Police Department at 812-246-6996.